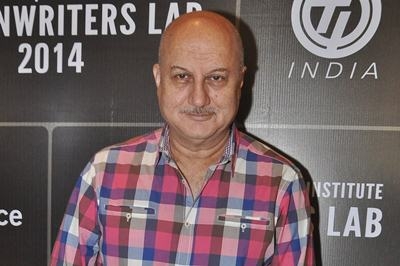 Mumbai: Veteran actor Anupam Kher, who was at the forefront of slamming Aamir Khan’s views on intolerance in the country, says he’d love to work with the actor-producer, whom he has now called a “dear friend”.

“I have great friends, including Aamir. I would like to believe that he is a very dear friend of mine,” Anupam said here at the launch of a Society magazine cover featuring him.

Anupam had shared a series of tweets when Aamir’s statements on intolerance made headlines, and had expressed concern about the latter’s views. Justifying his action then, Anupam said he was informed about the controversy by his taxi driver who wanted to know if Aamir was right in saying that there is “growing despondence” in the nation.

“That triggered it off. It was a spontaneous reaction and I’ve stuck to it because there is nothing wrong (in what I said).

“I just said that this is a great country, so as celebrities we have to say things which do not create fear in smaller places. I don’t want to raise a flag on the issue. If I was politically correct, I wouldn’t have said it. I don’t want to come across as a crusader who wants to talk about it everywhere. I have great love for Aamir, and for everybody,” shared Anupam.

Surprisingly, Anupam and Aamir haven’t shared the frame since 1990, even though they were part of “Rang De Basanti”.

When asked if they will work together, Anupam said: “I would love to. He’s a producer-director; he can cast me anytime. I would love to work with him. I’ve not worked with him for 25 years, I miss him.”