I wish I had directed ‘Masaan’: Anurag Kashyap 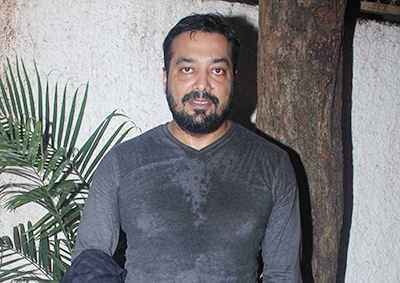 Mumbai: Anurag Kashyap loved Neeraj Ghaywan’s “Masaan” so much that he wishes he had directed the movie. Kashyap is a producer on the movie, which premiered in Cannes Film Festival and went on to win two awards there — FIPRESCI, International Jury of Film Critics prize and Promising Future prize in the Un Certain Regard section.

The “Gangs of Wasseypur” helmer, who also loved Vikramaditya Motwane’s “Udaan”, shared that both the movies made it to the prestigious festival. “Twice we have produced a film that I wished I had directed. First was “Udaan” by VM and now “Masaan” by @ghaywan,” he posted on Twitter.

“Both screened on the the same day in “un certain regard” five years apart from each other..,” he wrote. “Masaan” will hit theatres on July 24. Anurag’s last film as a director was Ranbir kapoor-Anushka Sharma starrer “Bombay Velvet”, which fizzled at the box-office.