I will never direct: Akshay Kumar 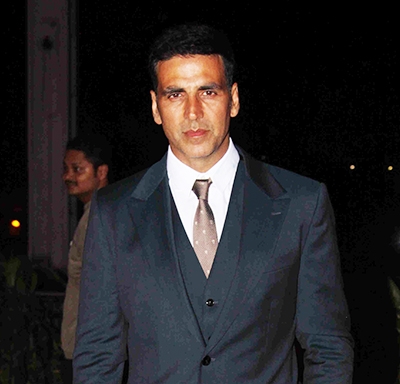 New Delhi: Superstar Akshay Kumar has produced many films under his home production Hari Om Entertainment but the “Khiladi” star says he has no plans of turning director. The 48-year-old “Baby” actor, who has completed 25 years in the industry, wants to do more varied roles and produce good films. “My journey of 25 years has been great. I have managed to spend so many years in the industry that means I am doing good work. I will try to stay in this industry and do different roles and produce films. But, I will never direct,” Akshay said during the promotion of his upcoming film, “Singh is Bliing”. In the film, which releases this Friday, the “Holiday” star will be seen opposite British model-actress Amy Jackson.

Akshay says importing artists from abroad does not mean India is short of talented people. “There is nothing like Indian actresses won’t be able to pull of action scenes. In the film the girl doesn’t understands Hindi and Amy was perfect in that case. “Our Prime Minister is trying to bring international companies to our country so that we grow more, similarly we want to make our industry international and bring in talent from overseas. We want this import of international talent to be seen positively.”

The actor, who faced flak during Anees Bazmee’s “Singh is King”, also got stuck in some issues during Prabhudheva’s directorial venture, but has finally managed to get clearance from the concerned authorities. “There have been no problem with ‘Singh is Bliing’. Some small issue was there initially, but now the film has been cleared by Shiromani Gurdwara Parbandhak Committee (SGPC) and Censor Board,” he said