I try to be fair: Sonali Bendre on judging stint 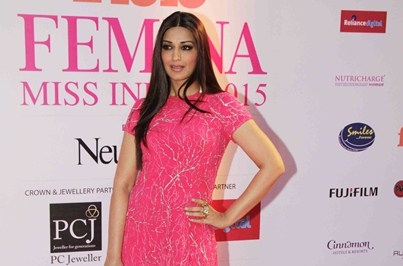 Mumbai: Actress Sonali Bendre, who will be seen as a judge on the second season of reality show “India’s Best Dramebaaz”, says she tries to be as fair as possible in her opinion on the performances.

“For my peace of mind, there is never a solo judge (on these shows). There is always a panel of judge, so a decision is always taken in co-ordination with everybody. There is always a thing of a majority vote, and you try and are as fair as possible.

“Initially, I used to have that guilt, have sleepless nights on whether I have taken the right decision. But, I try and be as fair as possible as a judge,” Sonali told IANS.

Sonali will be judging the show along with actor Vivek Oberoi and filmmaker Sajid Khan.

The talent hunt show will put children in the age range of 5-13 years through a series of tasks and challenges that will groom them as actors and test their creativity, spontaneity and acting capabilities.

“I really liked the concept. It’s amazing… I just think there is so much talent in our country, and it’s not necessary that everybody gets to showcase their talent. But if you get such a platform, it’s great.

“Kids comes from small areas to achieve something. So it’s a great thing and something constructive. I like the concept as long as it’s done in the right way,” she said.