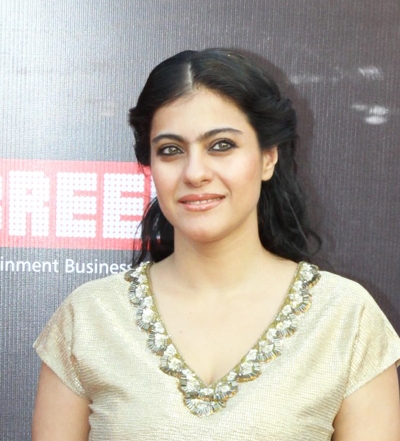 Kajol Talks About Her Fashion Statements And Her Future Plans Of Retiring, In A Candid Chat With Shubarna Mukerji Shu…

he is the yardstick by which we measure actresses’ acting calibre even today (she hates that, but we do it anyway!) and now that she is set on once again dedicating a little more time to acting, we are thrilled. With each passing day, she is looking more stunning than before and we can’t help but commend the extra effort she is putting in… As they say, it’s never too late!

“The way I see it, it is interesting and just that at this moment. As of now, I am interested, let’s see how long that lives up. Bottom line being I like the way I am looking, but then again, show me one person who doesn’t want to look good?” Clearly she seems to have got the hang of it, or at least she is taking all the right advice from the right people.

“To begin with, there is no way anyone can get a hand of this whole fashion thing—someone somewhere will always find you inappropriate. That’s the thing with fashion, some will like what you wear, and some will hate it with a vengeance. I stick to my own opinion. As long as I think I am liking what I see in the mirror, I am good to go! But please, I don’t want to be a fashion guru or anything. It is too boring. People who want to be one, I don’t think they have the time to be anything else in life. I have too much happening in mine!”

Not for one single moment are we assuming that the once-jhalli Kajol is turning Diva and parading her Pradas in the front seats of the fashion weeks. We will simply take it in our stride, as we did with her whole slowing down… In her typical Kajol way, she dismissed it saying, “I don’t think slowing down on my work was a big decision. I know it had its consequences. To begin with, I would not be doing four films in a year;  subsequently no four releases in a year. Also, I would have a lot of free time on hand—thankfully I like my own company—but yes, there are times when I suddenly realise I have free time and am not really certain if I want it but I planned it that way… by the time I was 25, I had already been working for like 10 years… so for me it was time!

“And I had been working hard for those 10 years, so for me it was like taking a nice break. It was a perfect decision for me, and I didn’t really bother too much as to what others had to think about it. Loads of people came up to me and told me, ‘You are only 24…’ and blah but I just told them, ‘For you I might be only 24 but for me, I was twenty four!” She added, “My plan, as it is, is to retire by the time I am 50… And you know what, I really think that most of the time when I have believed I have done what is right, it has worked out for me. I don’t go back to wonder what if… I don’t believe in that and maybe that’s why I don’t have any regrets.”