‘I am quite focused, maybe to a point of being a little obsessive’: Adah Sharma 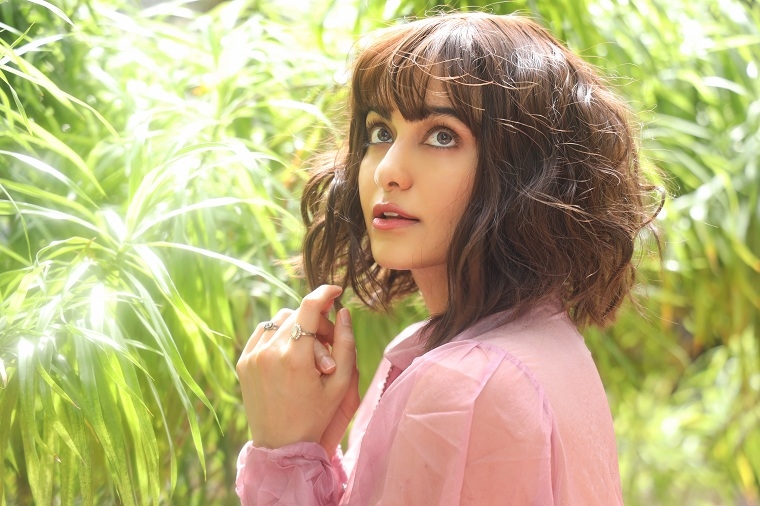 Adah Sharma, who is known for her unique choice of roles, will next be seen in an anthology titled Aisa Waisa Pyaar. The series is different from what she has done before as her co-star is a dog. The actor, who made her Bollywood debut in 2008 with the horror film 1920, has always taken the path less travelled when it comes to picking up scripts.

“I’m very excited to be paired opposite Happy, the dog. With each film, I try to do something different... Be it my debut horror film, 1920, or the actioner Commando,” Adah says. The movie comes as a welcome change for Adah who has mostly starred in romcoms or actions flicks. “It is an interesting character because I haven’t played something like this in the past. In the movie, I am this rude, mean and tough woman... Someone you do not want to mess with. You have seen me on social media being positive and happy, but this girl is a pessimist — the complete opposite of what I am,” Adah shares.

Adah, who is an animal lover, says, “People who love animals will enjoy watching it and the ones who don’t will also enjoy watching it. You must have seen a love story between a boy and a girl, but here you will see a love story between a dog and a girl. So, it will make for an interesting watch.” The anthology, which premiered on October 27 on Eros Now, also features actors Saqib Saleem, Nidhi Singh, Prit Kamani and Rajit Kapur.

Ask her if she has ever experienced Aisa Waisa Pyaar in real life, the actor is quick to say, “My love is never aisa waisa, it is passionate love. I don’t do anything just for the heck of it — whether I am learning to dance, reading a book or watching a sunset. I am quite focused, maybe to a point of being a little obsessive.” Looking back at her journey in the Indian entertainment industry, Adah, who has worked in movies and on the OTT, says, “I don’t come from a film family and I was fortunate to make a debut with a performance-oriented film like 1920. Also, the media and the audience have been kind to me, which has encouraged me to take up different roles. When hear people say, ‘If Adah is doing it then it’s bound to be different’, that encourages me as an actor to do better. I am an optimist. Life might not go the way you imagine. But, optimism will help you tide through tough situations.”

Adah’s kitty is overflowing with interesting projects. She has Commando 4, the sophomore season of The Holiday, a Telugu film with Nani titled Meet Cute and an international film, in which the actor says she will be performing some high-octane action sequences. Sharing her experience of working in Meet Cute, Adah says, “It was great working with the whole team. As an actor, a well-prepared team is the best thing. I am quite excited as it is heavy on dialogues and performance.”