'I am open to doing all kinds of cinema across languages,' says Malayalam movie actress Anna Ben

The leading lady of Naradan talks about working in Mollywood, exploring various cinematic options, and more

Anna Ben has appeared in films like Kumbalangi Nights, Kappela and Helen, among others. The feisty actress plays Shakira in the Aashiq Abu directorial, Naradan. The Free Press Journal caught up with her for an exclusive conversation. Excerpts:

Right from Kumbalangi Nights, Helen and Kappela, you’ve shined out with your performance. How does it feel?

Honestly speaking, it wasn’t a calculative decision to do such films, I wasn’t like me appearing in exams. There’s a certain kind of preparation that goes into playing different characters. For Kumbalangi Nights, I gave the audition with the clean slate and picked up nuances from the actors and technicians on the sets. For Helen, there was a huge amount of homework, and I had to get into the character in terms of health. In Kappela, the character I played had no connection with me in real life. The way she spoke and dressed was way different from me. I had to sink into it. I don’t have a fixed way to approach a film, and it seems to work (laughs). 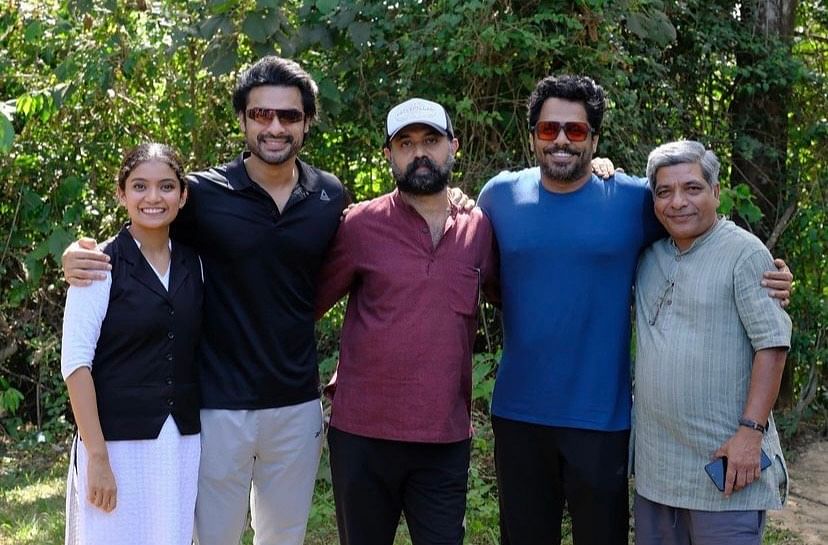 Anna Ben with the team of Naradan

How was your experience while promoting Naradan in Mumbai?

It was a crazy ride. I come from a very humble background, and my films always have small releases, but they did well, fortunately. Naradan got a bigger release with more screens and visibility. It feels so great to be associated with a great team. I am glad that people would get to the film in Mumbai too.

Do you feel that the pandemic has actually broken the boundaries for regional industries?

It was unfortunate, but the timing for regional cinema was good. It kind of had a silver lining. Since OTT kicked in, all the small gems got visibility. It worked for us since everyone ended up appreciating Malayalam films.

Elaborate on your role in Naradan?

The character Shakira has been by far the most challenging one. She is commanding, strong and level headed, looks small but fierce. I had to get my speech and mannerisms correct. I always wanted to work with Aashiq sir. He is the reason I ended up in films.

Are you open to explore Hindi films in Bollywood?

I am open to doing all kinds of cinema across languages. I am not focusing on a particular genre or an industry. I just want to associate with a good crew, actors and stories. I am currently shooting a Malayalam film with a production house based in Mumbai, which backed Andhadhun. It is one of my favourite films in the recent past.

Tell us about your future projects?

I have a release on March 11 named Night Drive, and I am opposite Roshan Mathew. It is a hardcore commercial entertainer.