Why are Chris Hemsworth fans commenting on the ‘Thor’ actor’s arm in latest picture?

The actor, who reprises his role as the titular superhero in the Taika Waititi directorial, said working on the film was an "incredible Marvel journey".
FPJ Web Desk 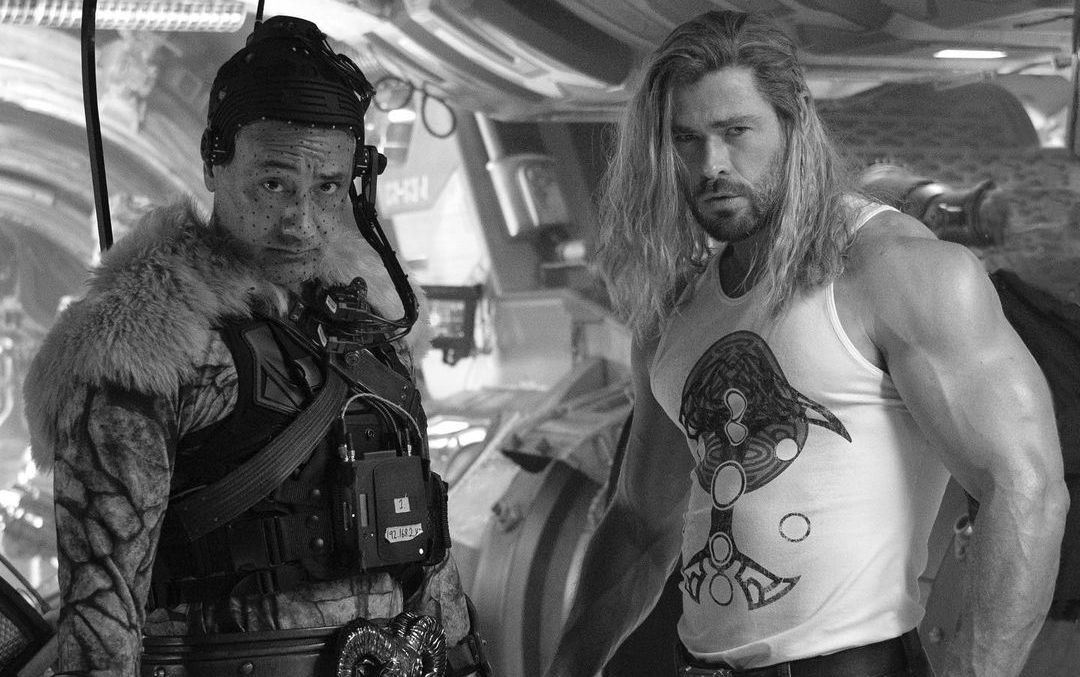 It's a wrap on the shooting of "Thor: Love and Thunder" and Hollywood star Chris Hemsworth on Wednesday promised fans that the upcoming movie will be "crazy off the wall funny".

The actor, who reprises his role as the titular superhero in the Taika Waititi directorial, said working on the film was an "incredible Marvel journey".

"That's a wrap on Thor Love and Thunder, it's also national don't flex day so I thought this super relaxed photo was appropriate," Hemsworth wrote alongside a photo of his with Waititi on Instagram.

"The film is gonna be bats*** crazy off the wall funny and might also pull a heart string or two. Lots of love, lots of thunder! Thank you to all the cast and crew who made this another incredible Marvel journey. Buckle in, get ready and see ya in cinemas!! @taikawaititi @marvelstudios @jasinboland," he added.

Waititi, who reprises his role as Korg, a Kronan gladiator who befriended Thor, also confirmed the news on his Instagram page.

Sometimes two people come together to inspire the world and change the cinematic landscape forever, he said.

"And then there's me and @chrishemsworth who are too cool to care about anything except making movies that bring people absolute joy. Ok I don't look cool I know that," the filmmaker wrote.

However, “Thor” fans were left jaw-dropped with Chris’ mammoth arms.

One user wrote, “I reckon your arm is the size of my thigh.”

“Can’t wait to see that arm on the big screen," added another.

"Love and Thunder", which began shooting in January in Sydney, is "craziest thing I've ever done", he said.

Waititi, who returns to helm the fourth chapter in the "Thor" series" after the success of 2017's "Ragnarok", wrote the new film with Jennifer Kaytin Robinson.

"Love and Thunder" is scheduled for a theatrical release on May 6, 2022.