'We hope to visit India in the future': BTS on meeting their ARMY post-pandemic

Many BTS fans, whom they call the ARMY, have been concerned about SUGA since his recent shoulder surgery.
IANS 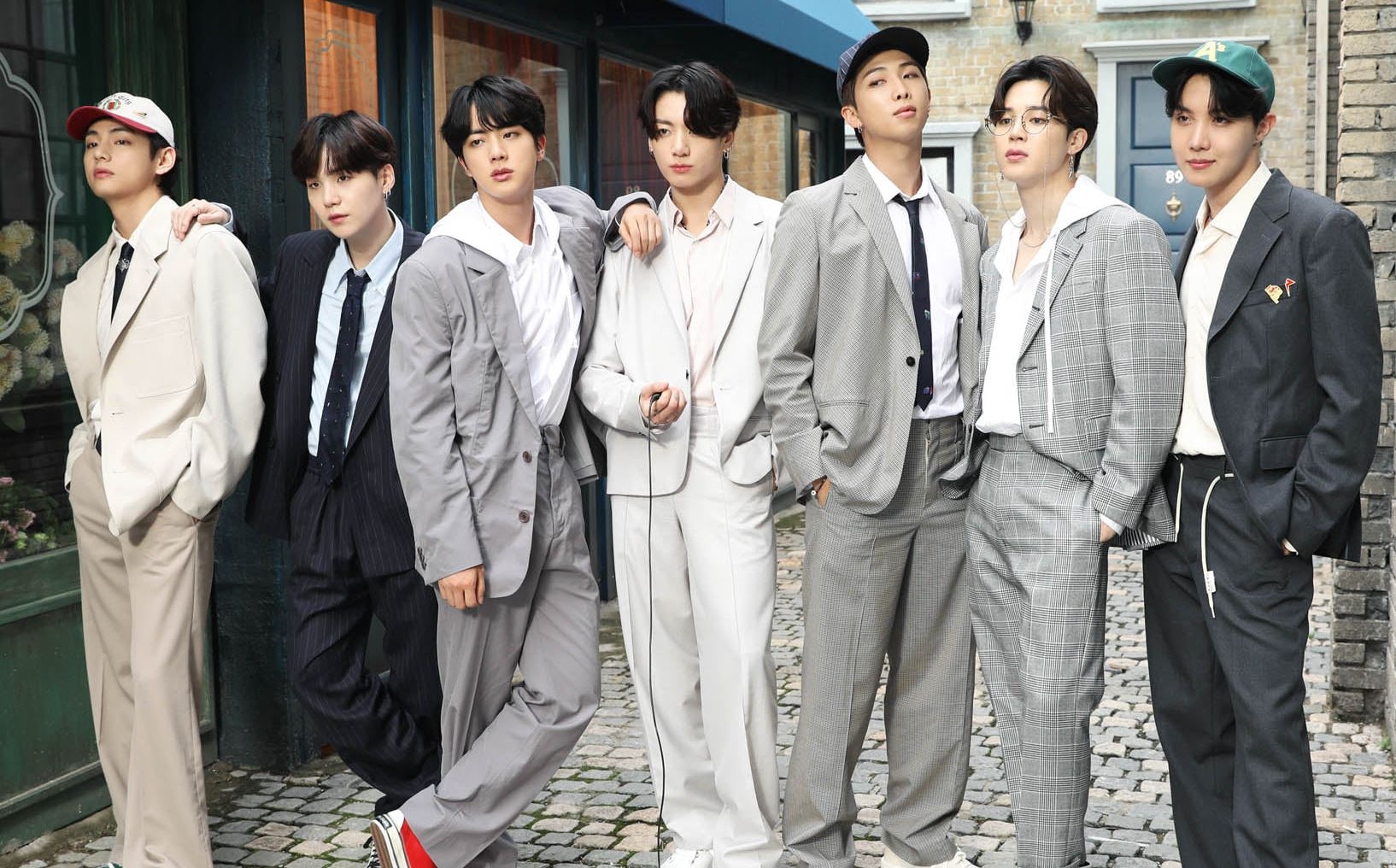 New Delhi: The K-pop super band BTS comprises seven performers, and they say the absence of even one member feels huge for the rest of the band.

Many BTS fans, whom they call the ARMY, have been concerned about SUGA since his recent shoulder surgery. The good news is that he is "quickly recovering", informed his bandmate J-hope.

"SUGA is quickly recovering at the moment. The absence of even just one member feels huge for us, so all the members including SUGA himself are hoping that he gets better quickly, so that he can join us on stage for us to become whole again," J-hope told IANS.

The South Korean boy band, also comprising RM, Jin, Jimin, V and Jungkook, have been entertaining music lovers with their catchy and positive numbers since 2013.

This year was especially huge for the band as they topped the Billboard Hot 100 chart with "Dynamite", which is their first single sung entirely in English. At the recently-announced 2021 Grammy Awards nominations, BTS also got a Best Pop Duo/Group Performance nod for the foot-tapping disco-theme track.

"We're very thankful for the love and support that we have received with 'Dynamite'. It also reached No. 1 on the Billboard Hot 100 chart, so it is very meaningful for us, but we don't necessarily think this was because it was an English track," said Jungkook.

"Our goal with 'Dynamite' was to give a burst of energy to the listeners and we're just glad to have achieved that goal. We are eager to continue to give hope and joy to our listeners through our music," he added.

Their latest music does just that.

Talking about their new album "BE (Deluxe Edition)", RM shared: "We believe all of our albums are important and have played important roles in our career. 'BE' is an album that we created to reflect our current thoughts and emotions and deliver a message of hope to our fans all over the world."

"Like the meaning of the title track, 'Life goes on', we want to comfort people around the world through the message that life will continue even in this difficult moment. If that message is well conveyed, we will have achieved our goal," he said.

The band members went beyond singing for this album. Jimin took on the role of the project manager for the album, Jungkook directed the music video for the lead single, "Life goes on", and V was given the responsibility of visual director.

"We consistently try to convey the messages we want to deliver to the world honestly and confidently through our music. However, in order to do so, we've felt that singing and dancing isn't enough, and it's important for us to participate in overall aspects of the album making process, such as songwriting and producing, which we continuously make an effort to improve in," said V.

The album has eight songs, which touch upon topics like sadness, depression, how the idea of travelling will change in the future, about hope, especially at a time when people are dealing with some kind of a mental health issue.

"After a series of discussions with our label and producers, we as a group selected songs that felt the most right for the theme of this album. The final tracklist was also decided after discussions among us," said Jimin.

Now, they are eagerly waiting to meet their precious fans.

"We're ready to meet our fans whenever we can as soon as this pandemic comes to an end. There is nothing we want more than to go on tour to meet ARMY again in person. We really want to reach as many ARMY in the world as possible, so we hope to visit India in the future if an opportunity is given," said Jin. 'Feels like our hard work has finally paid off': BTS on Grammy 2021 nomination