Watch Video: Will Smith bravely climbs to the top of Dubai's Burj Khalifa for 'Best Shape of My Life'

The actor used the tower’s 2,909 stairs to complete a cardio workout, finishing off with a climb to the top of the iconic building’s spire
FPJ Web Desk 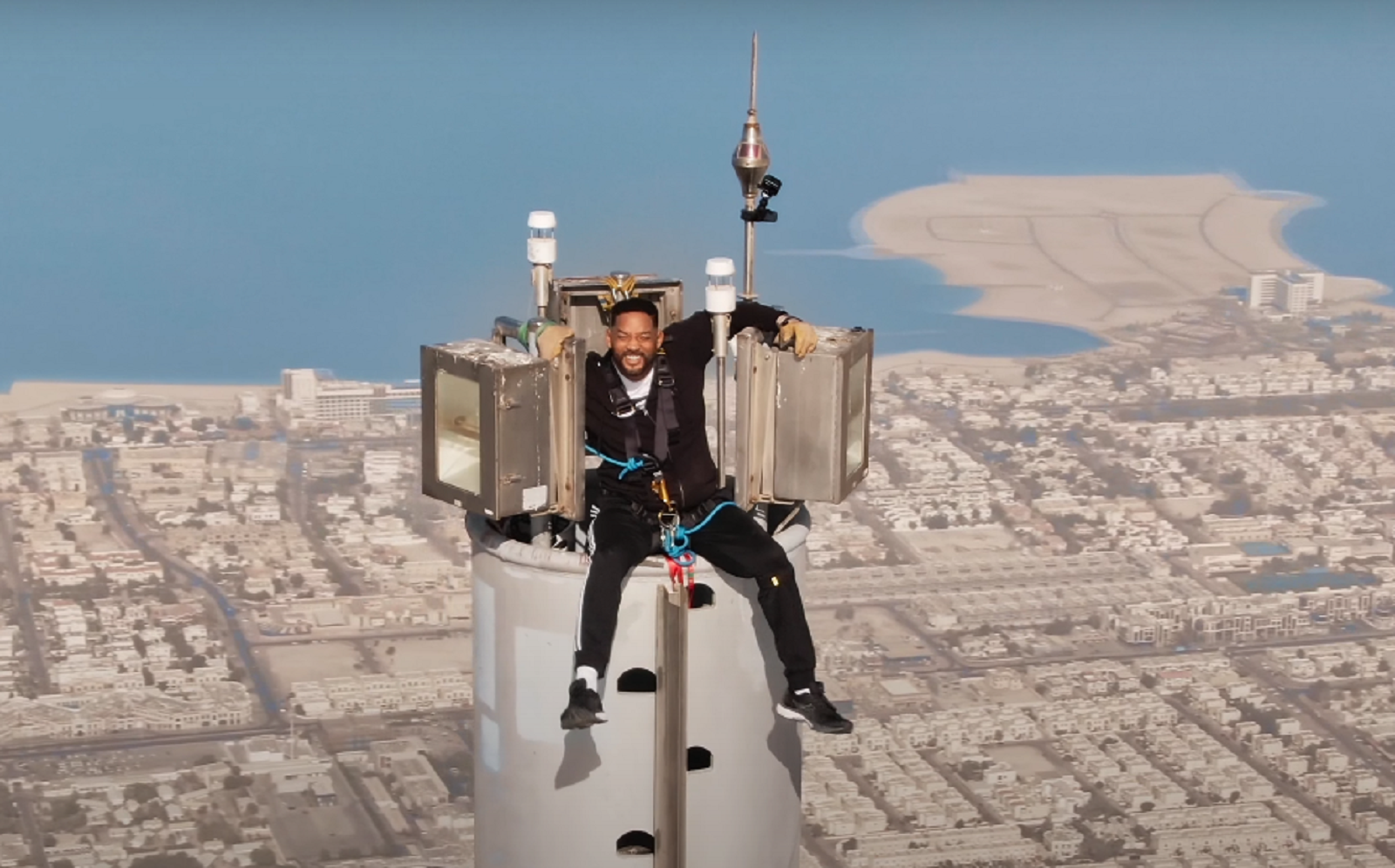 Hollywood star Will Smith climbed to the top of Burj Khalifa, the tallest building in the world, as part of a new YouTube series 'Best Shape of My Life', documenting his weight loss journey.

The actor reportedly used the tower’s 2,909 stairs to complete a cardio workout, finishing off with a climb to the top of the iconic building’s spire.

Walking up the Burj Khalifa’s 160 floors takes the performer an impressive 51 minutes.

In the footage, Will got sweaty and tired as he forged ahead. When he finally got to the 160th floor, he realised there was more he could accomplish.

Strapped into a harness and a helmet, the 'I Am Legend' actor climbed a ladder to enter the spire, the 'individual highest point that a human being can be in a man-made structure on Earth.'

Meanwhile, the YouTube docuseries focuses on the Grammy award-winning actor's fitness and health journey. The first two episodes of 'Best Shape of My Life' was released on November 8.

The remaining four episodes will premiere daily on Will Smith's official YouTube channel.

Earlier, in the trailer of the docuseries, the actor had also revealed that there was a time when he wanted to end his life.

He opened up about his battle against suicidal thoughts and how he overcame the particular phase. "...Exposing my life and so many things that people don't know about me....the only time in my life that I ever considered suicide," Smith said in the trailer.

It's not clear when the actor had suicidal thoughts.