Watch: Second trailer of Tom Hardy's 'Venom: Let There Be Carnage' out!

The film once again stars Hardy as Eddie Brock, a journalist who has an alien symbiote living within him. Together, they are Venom.
Asian News International 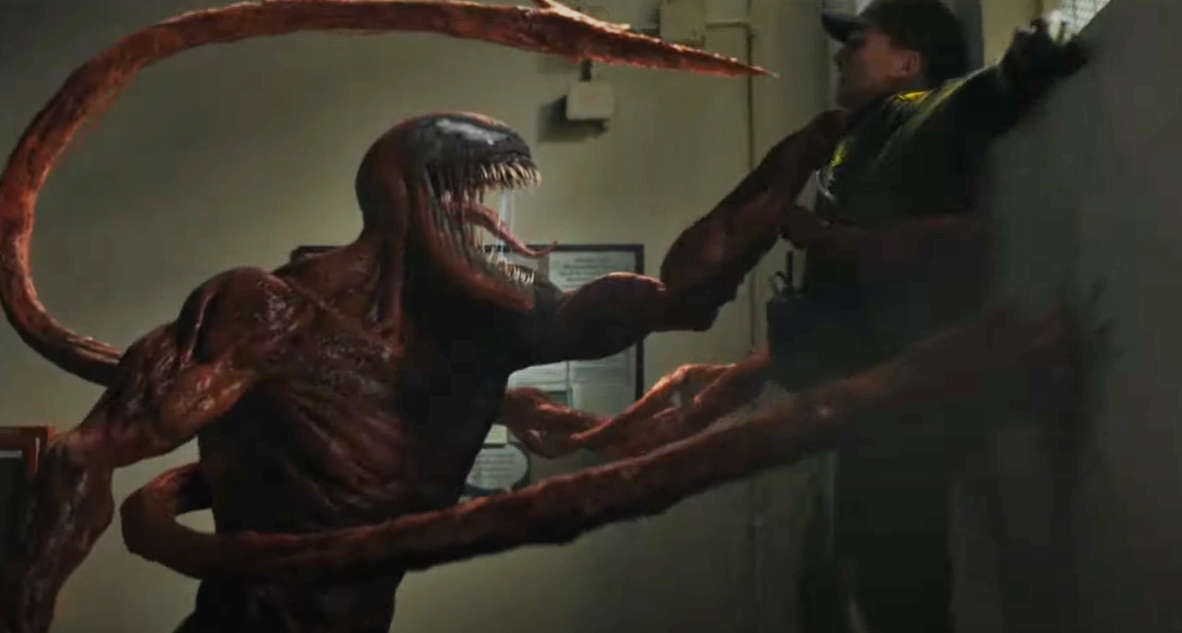 Washington [US]: Sony Pictures Entertainment, on Monday released the second highly anticipated trailer of their most awaited film 'Venom: Let there be Carnage' and it was all about Tom Hardy vs. Woody Harrelson in the new official trailer.

The film once again stars Hardy as Eddie Brock, a journalist who has an alien symbiote living within him. Together, they are Venom.

This time around Harrelson is also starring, after the actor portrayed serial killer Cletus Kasady in the post-credits scene for the first 'Venom', released in 2018. The new movie will see Harrellson's Kasady transform into Carnage, a villain known as Venom's chief antagonist in the comics.

The trailer hints that Cletus acquires his symbiote by chomping on Eddie's hand and tasting his symbiote-infused blood, but there might be more to it than that. Viewers also catch a few glimpses of Shriek (Naomie Harris), who has sonic-scream powers and is Kasady's girlfriend in the comics.

Even though Venom started out as a Spider-Man villain in the comics, the symbiote first appeared as Spidey's stylish black costume. The first movie wasn't connected to the wallcrawler or the Marvel Cinematic Universe. The previous trailer suggested deeper links to elements from Spidey comics, and the season finale of a recent MCU TV series opens the door for a crossover.

The original 'Venom', directed by Ruben Fleischer, was a surprise smash hit, earning USD 856 million globally. It is one of multiple movies set in Sony Pictures Universe of Marvel Characters.

Following its new 'Venom' movie, Sony also has Jared Leto's 'Morbius' due to be out on January 19. The studio also has Aaron Taylor-Johnson attached to play Kraven the Hunter in a film hitting theaters in January 2023.

As per The Hollywood Reporter, 'Venom : Let There Be Carnage' is due to release in theaters on September 24.

Watch: Tom Hardy in spine-chilling trailer of 'Venom: Let There Be Carnage'