Watch: Conor McGregor throws a drink at Machine Gun Kelly and his girlfriend Megan Fox at the VMAs 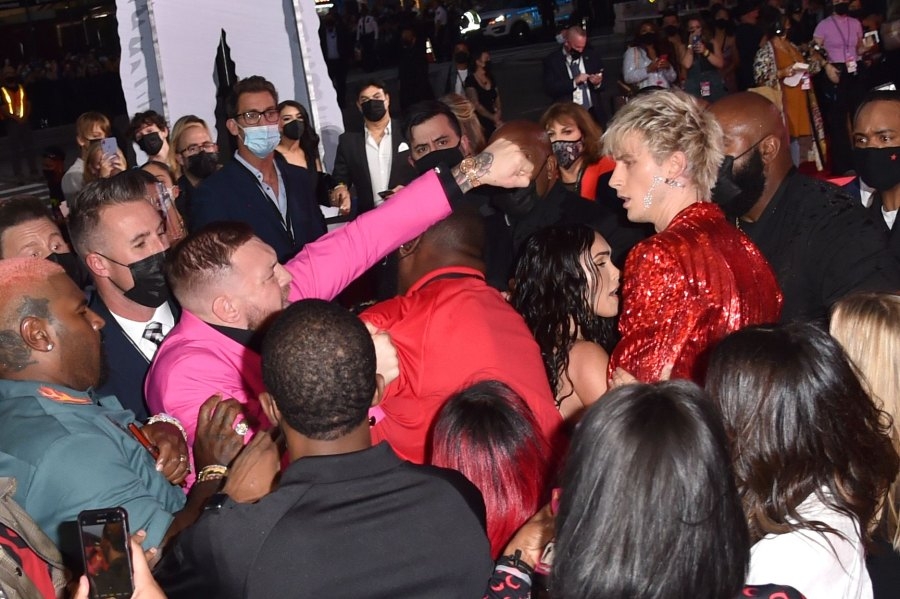 Rapper Machine Gun Kelly and Irish mixed martial artist Conor McGregor had to be separated after getting into a physical altercation at the event.

The event was held on Sunday night, reports pagesix.com.

A source told Page Six they "got into a fight at the top of the carpet" and "had to be pulled apart."

Photos show the UFC champion and 'Bloody Valentine' singer being pulled apart by what looks like security after the scuffle broke out.

The source added that McGregor reportedly threw his drink at Kelly and his girlfriend Megan Fox.

"They scuffled then it settled down and Conor went for him again," the source said, adding, that the photographers "weren't happy" and were "saying they were going to boycott Conor because they were worried MGK and Megan wouldn't walk."

Another source said that security had to get involved and "everyone was screaming."

"(McGregor) was ready to throw fists," the second source said, adding: "Security was having trouble holding him back." It wasn't clear what the squabble was over.

"Conor only fights fighters," his representative told Page Six in a statement.

They seemingly recovered rather quickly from the fight as Kelly was seen walking the red carpet with actress girlfriend Megan Fox soon after as the two made heads turn with their daring red carpet looks at the 2021 MTV Video Music Awards.