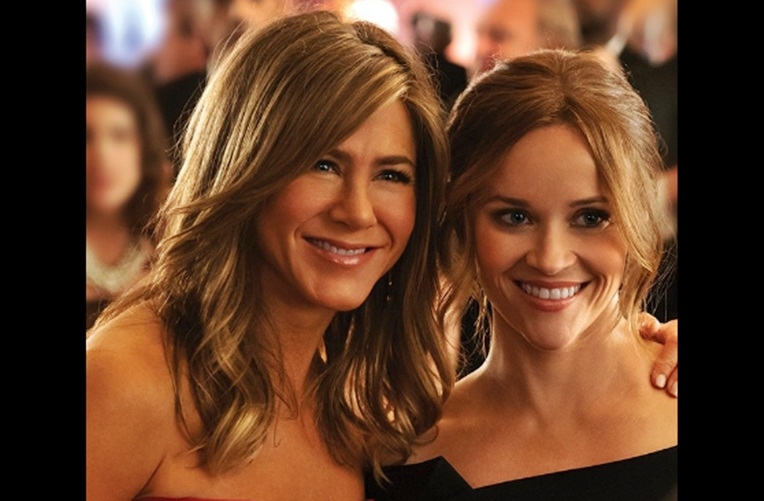 Apple released the trailer of the show, which will appear on the tech giant's Apple TV+, the new streaming platform from the makers of iPhone. Apple TV shared the intriguing trailer on its official YouTube handle.

The recently released trailer has it all from Aniston and Witherspoon's facing off to Carell's breakdown.

In the trailer, Aniston's character declares it's going to be a "new era" at the morning talk show. An anchor on the show-within-the-show, she addresses her audience alone at the news desk, bringing them "sad and upsetting news" about her co-host, played by Carell, who she says was fired after allegations were made against him.

But his character isn't the only one whose life is upended by this change, as Aniston's character is declared to have passed her "sell-by date." Enter Witherspoon as a field reporter who claims she doesn't fit "any mold," and that show-within-a-show is going to have a new power dynamic.

All three journalists are at different points in their careers: Aniston plays an aging morning anchor, Witherspoon is a reporter who is losing sight of her identity, and Carell is facing the consequences of sexual harassment allegations. Their jobs take centre stage in the series, but the show will also focus on the changing landscape of morning broadcast news.

The Morning Show stars Academy Award winner @ReeseWitherspoon, Emmy winner Jennifer Aniston and Golden Globe Steve Carell in a high-stakes drama that pulls back the curtain on the morning news. Coming this fall to the Apple TV app with an Apple TV+ subscription.

Thus opens a Pandora's box of stories that will be shown throughout the series. This includes the rise of a new co-host (Witherspoon) as Aniston begins to breakdown but at the end of the trailer, she seems to have a jolt of confidence and rises from the ashes.

'The Morning Show' is going to take the audience on a journey of the "high-stakes drama", taking a look at the people behind morning TV and teases heavy take on journalism. The series, which will premiere this fall, is executive produced by Aniston and Witherspoon, reported E! News.

The Morning Show "explores the high-stakes world of morning news and the lives of the people who help America wake up in the morning," Apple said.

The show is told through the perspective of two "complicated women" as they work to navigate through high-profile players. The series "explores ego, ambition and the misguided search for power." Kerry Ehrin is the showrunner and the executive producer. Mimi Leder, who is the director, also serves as executive producer.