Other cast members on the show include Jonathan Pryce as Prince Philip, Elizabeth Debicki as Princess Diana, and Dominic West who has been cast as Prince Charles
ANI 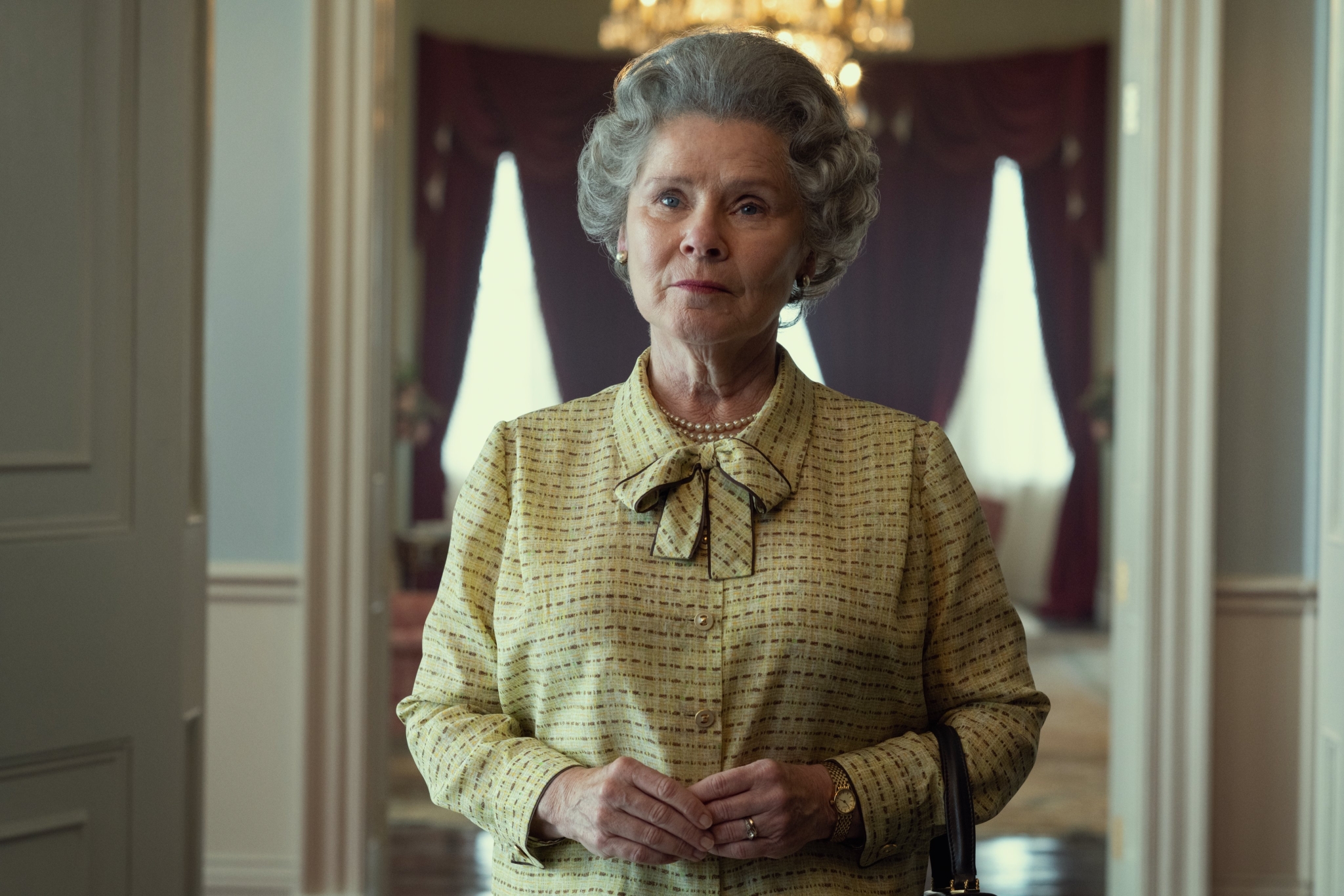 Netflix recently released the first look image of Imelda Staunton as Queen Elizabeth II in the fifth season of 'The Crown'. Staunton has taken over the role from Olivia Colman who herself replaced Claire Foy.

According to Deadline, production for the Left Bank Pictures' lavish royal drama got underway in the UK this month, with a completely new cast stepping into the shoes of Britain's most famous family.

Not long after the shoot commenced, the official Twitter handle of 'The Crown', shared an early glimpse of Staunton as the new Queen Elizabeth II.

In the image, Staunton sported a printed yellow dress, paired along with a necklace of pearls and a look of disdain pointed towards an unseen person outside the frame.

Other cast members on the show include Jonathan Pryce as Prince Philip, Elizabeth Debicki as Princess Diana, and Dominic West who has been cast as Prince Charles. Season 5 will also star Lesley Manville as Princess Margaret and Jonny Lee Miller as Prime Minister John Major.

Deadline understands that storyline in season 5 will include Princess Diana's bombshell BBC Panorama interview, which made headlines in recent months after an inquiry revealed the full scale of reporter Martin Bashir's deceit in securing the scoop.

Speaking to the BBC about playing the Queen earlier this year, Oscar-nominated Staunton said the role comes with added complexity as 'The Crown' chronicles more recent periods in British history. She explained, "I think my sort of extra challenge as if I needed it, is that I'm now doing the Queen that we're a little more familiar with. With Claire Foy, it was almost history and now I'm playing one that people could say 'she doesn't do that,' 'she's not like that,' and that's my personal bete noire."

'The Crown' has become one of Netflix's most defining prestige dramas since it first aired in 2016, winning numerous awards and coming to underline the company's commitment to big-budget production spend in the UK, where it now has a major presence.

The fourth season of the show recently scored 24 Emmy nominations, tied with 'The Mandalorian', for the series with the most nominations this year. Binge Watch: From 'Feels Like Ishq' on Netflix to 'Hostel Daze' on Amazon Prime... best picks of the...
Advertisement