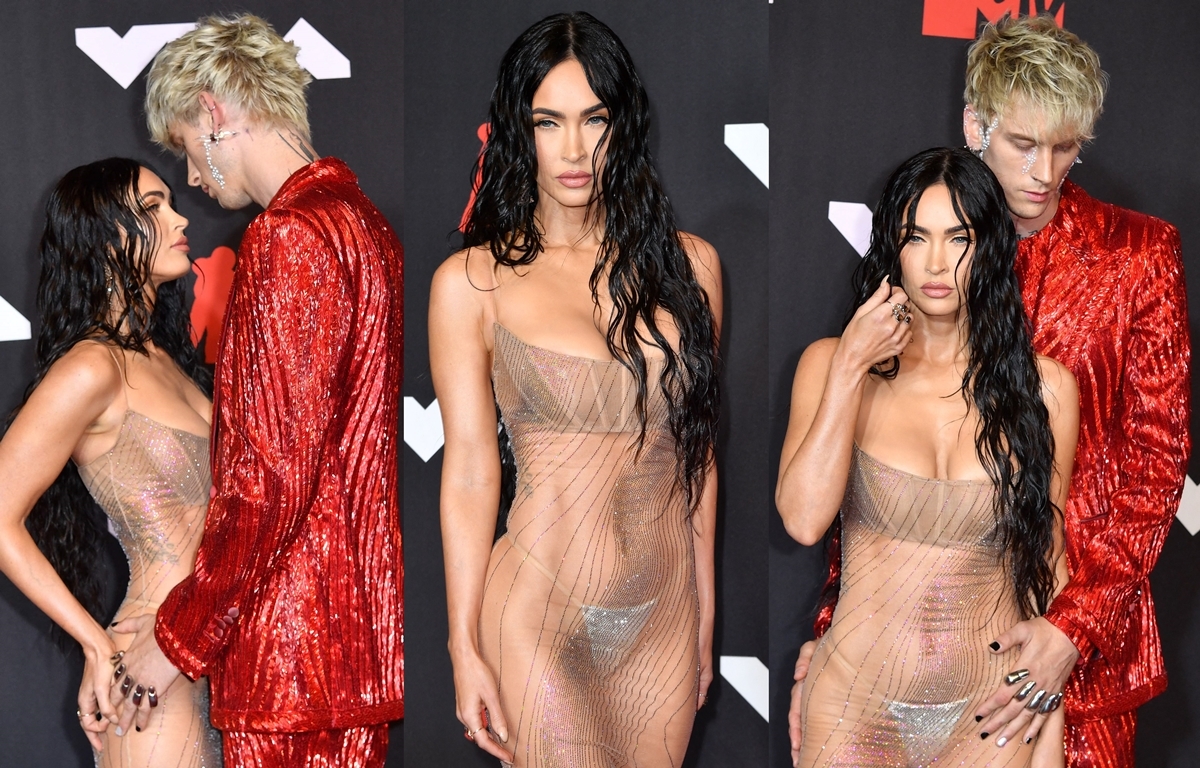 Fox looked every inch glamorous as she wore a see-through Mugler gown with crystals over an embellished thong and nude corset bra on the red carpet for Kelly's VMA debut.

The rapper went bold in a bright red metallic suit with pearl accents on his face.

Kelly discussed how he collaborates on fashion with Fox for red carpet appearances. "It's 50/50," he said during the VMA Awards pre-show.

"This one she took the lead and I get the pleasure of having her on my arm all night."

Kelly later posted photos of the two from the red carpet on Instagram with the caption: "I found a mermaid."

Fox shared a gamut of pictures of their look on Instagram and called Kelly "daddy".

"Daddy's gonna win a VMA," Fox wrote in the caption of the image, which currently has 1.9 million likes on the photo-sharing website. 'I dated, never had sex': Machine Gun Kelly's ex-GF Sommer Ray claims he cheated on her with Megan...
Advertisement