Prince Philip of ‘The Crown’ is Prince Daemon Targaryen: ‘GoT’ prequel ‘House of the Dragon’ drops first pics

Based on saga author George R R Martin’s book “Fire & Blood", "House of Dragons" will tell the story of the Targaryen civil war known as the “Dance of the Dragons”.
FPJ Web Desk 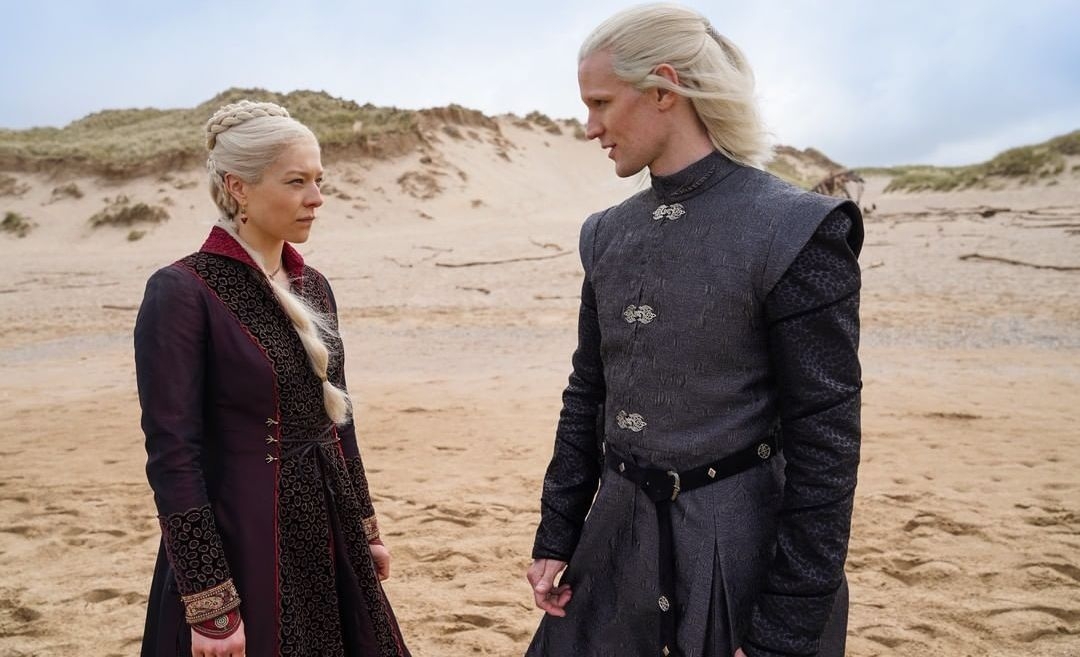 Makers of HBO''s upcoming "Game of Thrones" prequel series "House of the Dragon" dropped a series of pictures revealing its cast decked up in their medieval avatars.

The pictures show the characters as follows:

- Steve Toussaint as The Sea Snake.

Matt Smith in particular left fans gasping for breath, as many who had watched Netflix’s popular drama “The Crown” had seen him essay the role of late Prince Philip for its first couple of seasons.

Based on saga author George R R Martin’s book “Fire & Blood", "House of Dragon" is a 10-episode series, starring British actor Paddy Considine as King Viserys Targaryen, which will tell the story of the Targaryen civil war known as the “Dance of the Dragons” that took place about 300 years before the events portrayed in 'GOT'.

"House of Dragons" has Ryan Condal and Miguel Sapochnik on board as co-showrunners.

Sapochnik has earlier directed some of the most memorable 'GOT' episodes, including 'The Bells', 'The Long Night', and 'Battle of the Bastards'.

The update regarding the show starting production comes over a week after 'GOT' celebrated the 10-year anniversary of the premiere. All month long, HBO commemorated the milestone with "maraThrones."

The 'House of the Dragon' is just one of several 'GOT' spinoffs in the works.

As previously reported, one project in development will focus on The Sea Snake, who HBO described as "the most famed nautical adventurer in the history of Westeros."

It's also said that a series based on George R.R. Martin's 'Dunk and Egg' novellas is in development. There's also a stage play in the works. So, it's safe to say there's still plenty of Westeros to explore.

The upcoming series 'House of the Dragon' will premiere in 2022.