Katy Perry performed on stage in a variety of wild outfits, including a dress featuring a beer can bra fit that actually poured out a beverage
ANI 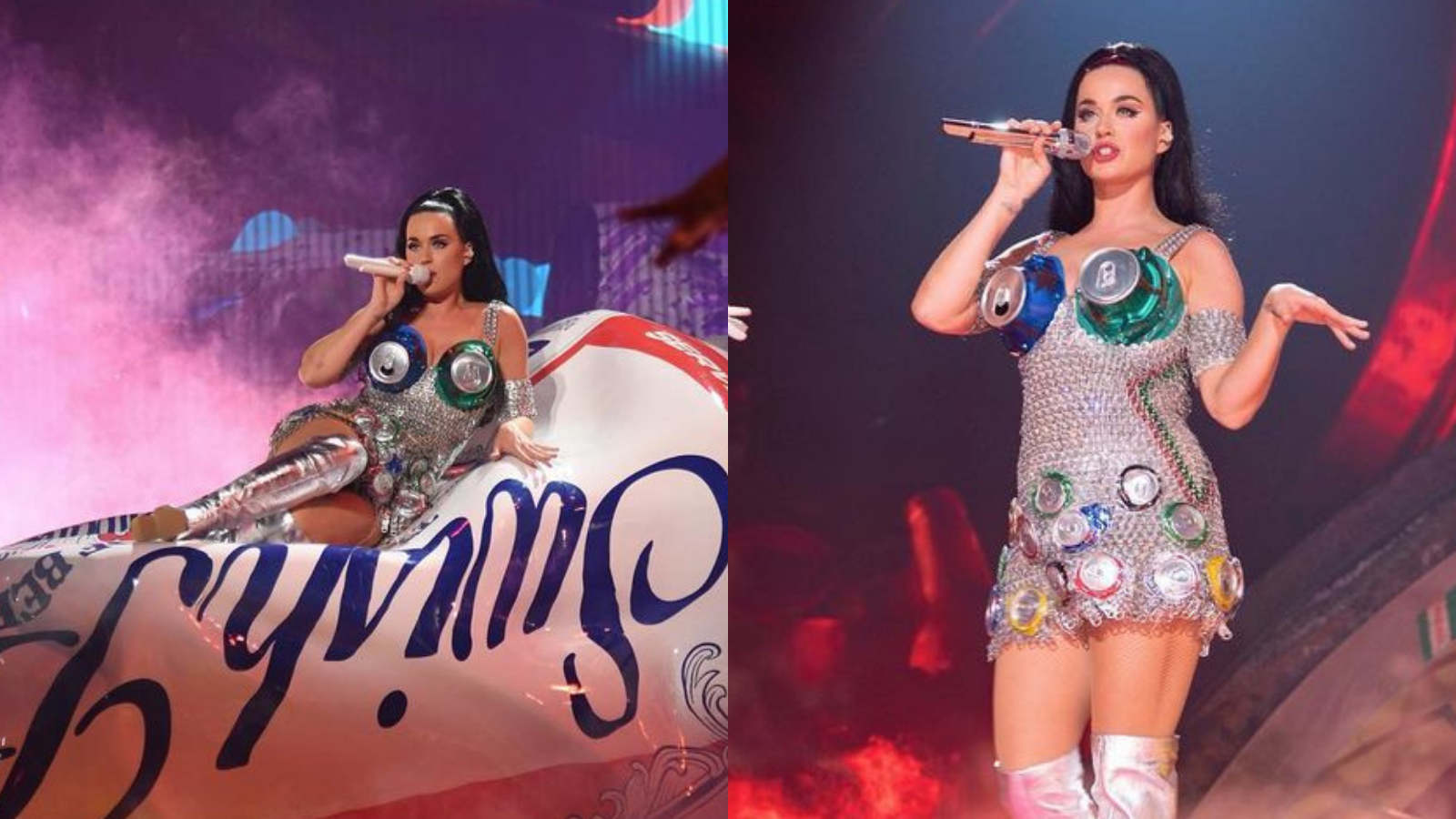 Pop star Katy Perry never fails to impress her fans, whether it's her music or her creative outfits!

As per Fox News, the 37-year-old singer wore a beer can bra for her jaw-dropping performance for the opening night of the 'Play' residency in Las Vegas.

Perry pulled out all the stops for the opening night of 'Play' at Resorts World Las Vegas, where she performed on stage in a variety of wild outfits, including a dress featuring a beer can bra fit that actually poured out a beverage.

Fans cheered for the 'Hot n Cold' songstress when she stepped out in a silver sequined mini-dress, complete with two beer cans as her upper top.

As per Fox News, during the 90-minute show, Perry even sat on a platform on the stage and leaned over a big beer mug as she used the mechanical bra to fill her glass. She was also spotted talking to a giant face mask with a said drink in her hand.

Perry also pulled drag queen Joella Perry from Corona, California from the crowd to perform a high-kicking dance routine before falling over.

The singer's colourful show featured a dancing toilet brush, a toothbrush, toothpaste and a plunger along with a big, red singing toilet.

Fox News reported that the five-act show also included a set consisting of mushrooms, an oversized snail, rubber ducks and a rocking horse. The performer even joked about being in need of a drink because she's "now 37, you know." The singer's Las Vegas residency was announced in May. She is expected to play eight shows between December 2021 and January 2022.

On the personal front, Perry is engaged to Orlando Bloom. The couple welcomed their first child, a daughter named Daisy, in August 2020.