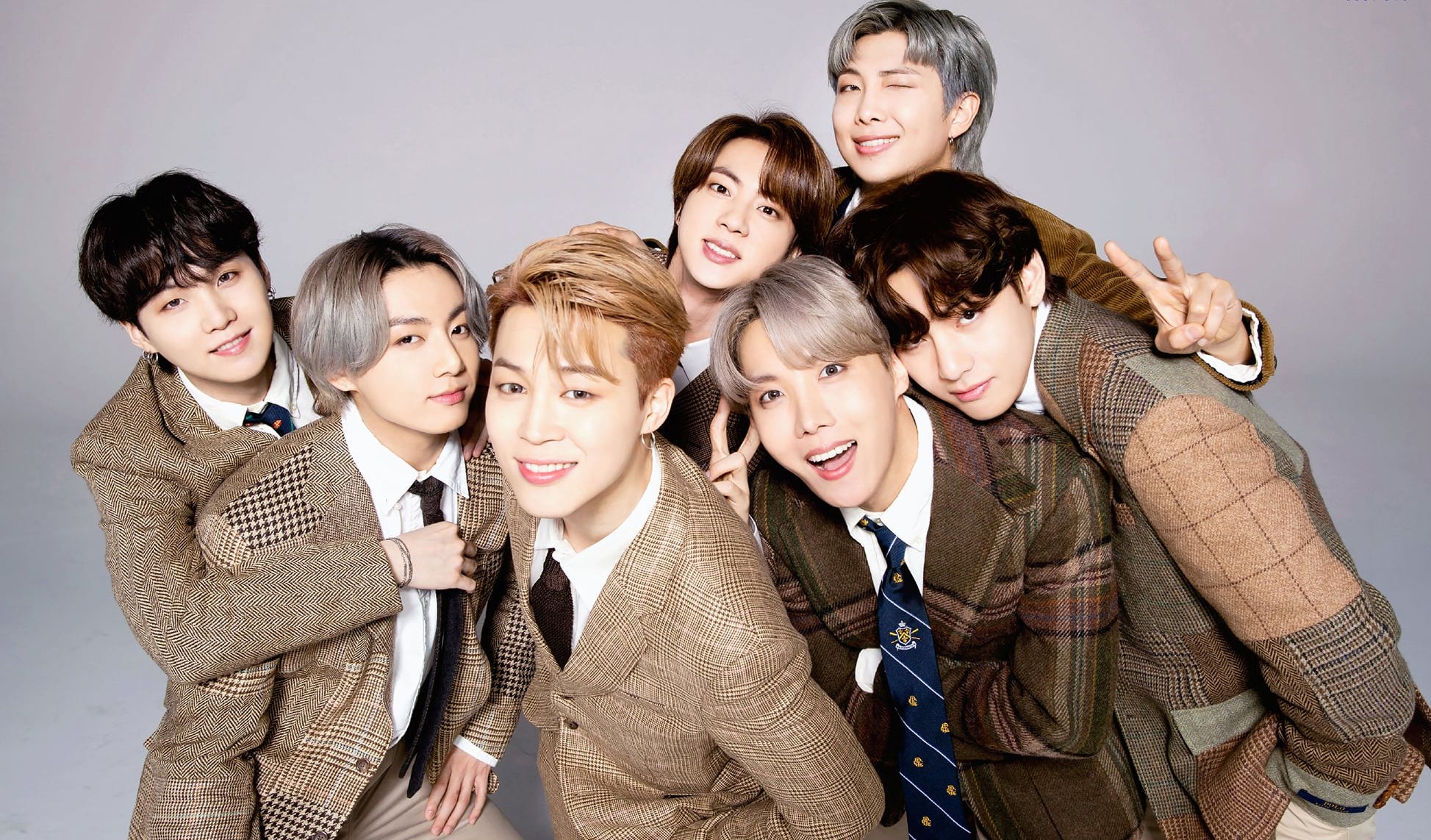 New Delhi: Few names in the world of music today evoke global hysteria as the K-Pop super band BTS. With a following of 30.1 million on Twitter and 42.6 million on Instagram, the group, who made their debut in 2013, have smashed their own record with their latest track "Butter", which garnered 10 million views on YouTube in just 13 minutes upon release.

BTS, or Bangtan Sonyeondan, are a septet comprising Jin, Suga, J-Hope, RM, Jimin, V, and Jungkook. The band is also known as the Bangtan Boys and, like any celebrities worth the delirium they unleash, have a name for their fans, too. They call their ever-burgeoning fan base ARMY (the all-caps stylisation is perhaps meant to underline the frenzy).

Opening up with IANS in a candid tete-a-tete, the South Korean band decode their skyrocketing worldwide success.

"I'm guessing our sincerity reached our audience. We've tried our best to deliver sincere music and performances," says V, whose real name is Kim Tae-hyung. Known for his deep voice, Tae, 25, who kind of carry the symbol of 'tiger', is the fashion icon for the group -- as the ARMY says if you need something to become trend just put it on V. He literally pulls off anything.

J-Hope (Jung Hoseok) pitches in: "And we have always shown our fans all our behind-the-scenes through various contents. I think opening ourselves up without hesitation helped us convey our sincerity." In fact their opening up to the fans even before their debut and literally living every moment of their growth as singers, performers and growing up from boys to men in front of the camera has endeared them more.

Their trials and tribulations, as they went from a one-room dorm in Seoul to the mega HYBE building in 2020 is the stuff of legend. Along the way their hardships -- of sometimes making it through the week with just Bulgogi (fire meat) to distributing posters on the streets of L.A. for their first concert in the US -- that saw few takers in 2014, to today's phenomenal chartbusters -- ON (February 2020), Dynamite, Life Goes On, Film out, and Butter (within the span of just over one year) -- is a journey they have shared with the fans on Bangtan Gayo, RUN-BTS (an absolute stress buster), BTS in the SOOP, among others.

The rise of the band has been a phenomenon that has not only reorganised the contemporary mainstream music scene all over the world, but has also defined the shifting socio-politics of showbusiness. The success of BTS, after all, has widely been seen as a triumph of inclusivity. In turn, the band, which started out as a hip hop group, evolved quickly to adapt to a larger market.

And all this success, despite almost all-Korean lyrics in all their songs, until the all English single Dynamite in August 2020. Today, they sing in English to connect with their worldwide ARMY.

ARMY, the band has said time and again, is intrinsic to their growth. Wider reach and a growing fan base ensures better feedback, they point out, and BTS is one band that is known to listen to their fans.

"When we go on tour, we get to perform a lot and that helps me improve," says Kim Seok-jin (Jin). J-Hope, who is Mr. Sunshine of the group and has the trademark intro "I am your Hope, You are my Hope..." adds that the feedback they get for their songs has worked because it tells the band which areas to focus on in order to grow.

"I was able to check what I lacked and what I had to pay more attention to," he explains. J-Hope is the main dancer, who is a hard task master for the group when it comes to grooving. Known for his agile moves, he is that guy, who almost left the BTS at one time just before debut, but was destined to return -- as the love between the members could not keep him away.

He is one of the three rappers along with Leader RM (Rap Moster or Kim Nam-joon) and Min Yoongi or Suga. In fact, Hobi, as he is lovingly called wanted to be in the vocal line -- that has V, Jin, Park Ji-min and Jeon Jung-kook. But gave it away to V, the surprise member of the group on debut, as is known from a number of their documentaries along the way -- Burn the Stage, Bring the Soul, and Break the Silence.

V credits new experiences to their growing popularity. "We encounter new things and our stage always gets bigger, so it does give me pressure. However, I tried to expand my mindset so that I don't make mistakes," he says.

For RM, like everyone else, the pandemic has had an impact. "I think the current pandemic situation played a big part because we needed to change, whether we wanted to or not. Thus, during Covid, we were able to release 'Dynamite', 'BE', and 'Butter'," he points out.

Jimin, who was the last member to be finalised in the group and trained only for six months before debut on June 13, 2013, says the challenge is about seeking out the right direction when it comes to improving one's performance. "I couldn't really find an answer to what I should do to improve, but if I can find a better direction, I will be able to take a step forward," Jimin says.

The need to grow guides them all. Jung Kook, the main vocalist, and the Golden Maknae, for instance, says he is driven by the constant need to "grow and evolve".

"I think the biggest factor is that I always feel like I'm lacking and I have the continual ambition to get cooler," says Jung Kook. The youngest member, who will turn 24 this year, has given us five makeovers in six months -- blonde, blue, mint-choco, silver, and purple -- and each time fans have loved it. Currently with his purple hair, Jung Kook did the impossible -- losing weight in five days as he said while shooting for Butter.

The conversation shifts to their interestingly-named title tracks. The band says their process of selecting the title track of a BTS album is simple. "We usually select the song that best shows the overall message and theme of the album," RM says.

Which brings one to their latest track "Butter", which premiered on May 20. The song currently has 277,508,962 views on YouTube and 16 million likes. It is also No 1 ofn the Billboard Hot 100, as well as many other charts.

Jin, the self proclaimed 'World Wide Handsome', feels the song is a rage because it works perfectly as "BTS' summer song!" Jung Kook recalls the fun that the band had while shooting it, and attributes that energy to its success.

"The song itself is exciting and fun, so we were full of energy when we recorded it," Jung Kook notes.

"I think 'Butter' is special because it encapsulates our charms," Jin sums it up for the song, the band and the band's ever-growing aura.

With just days left for their 8th anniversary, BTS has their hands full. 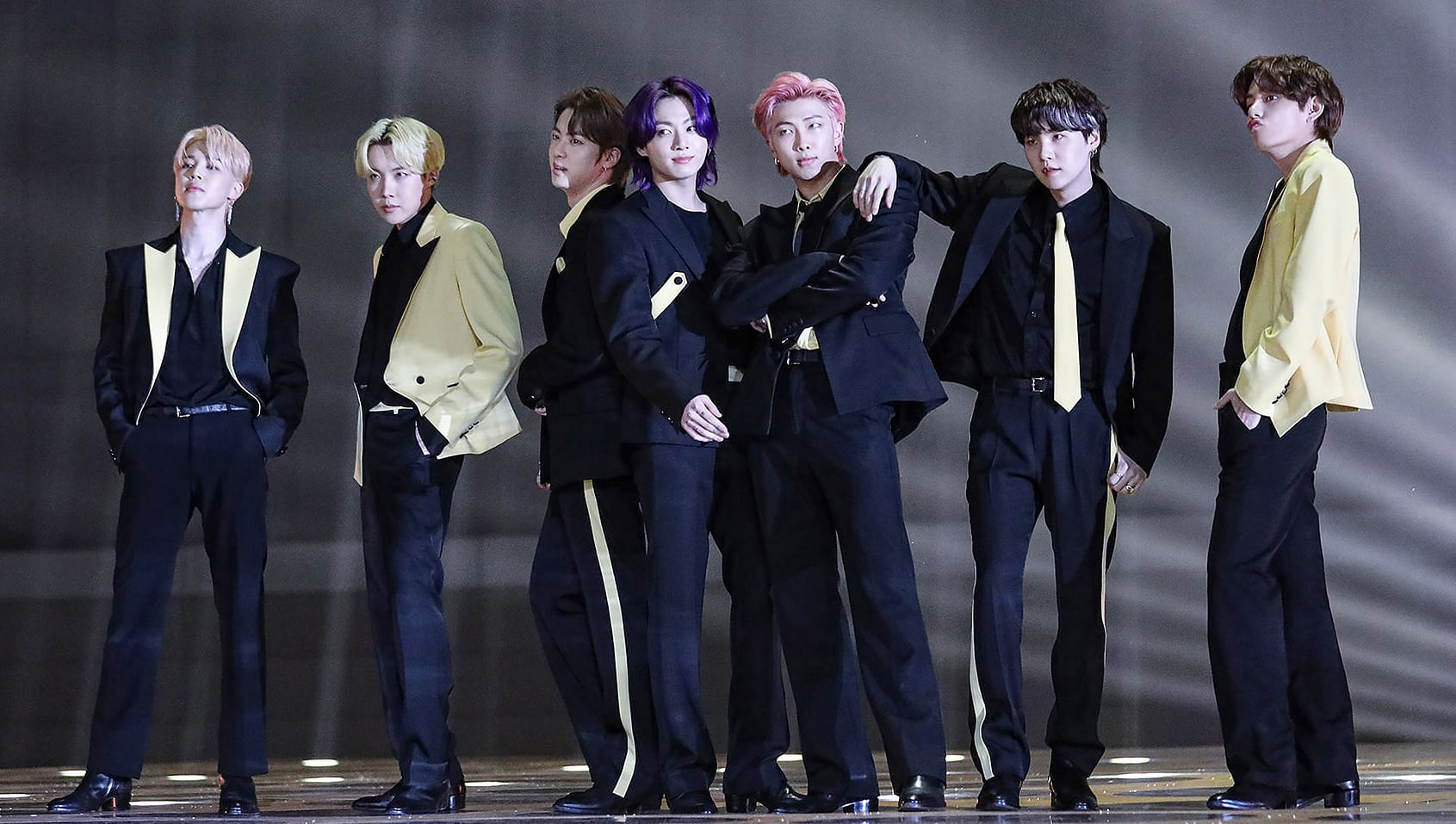