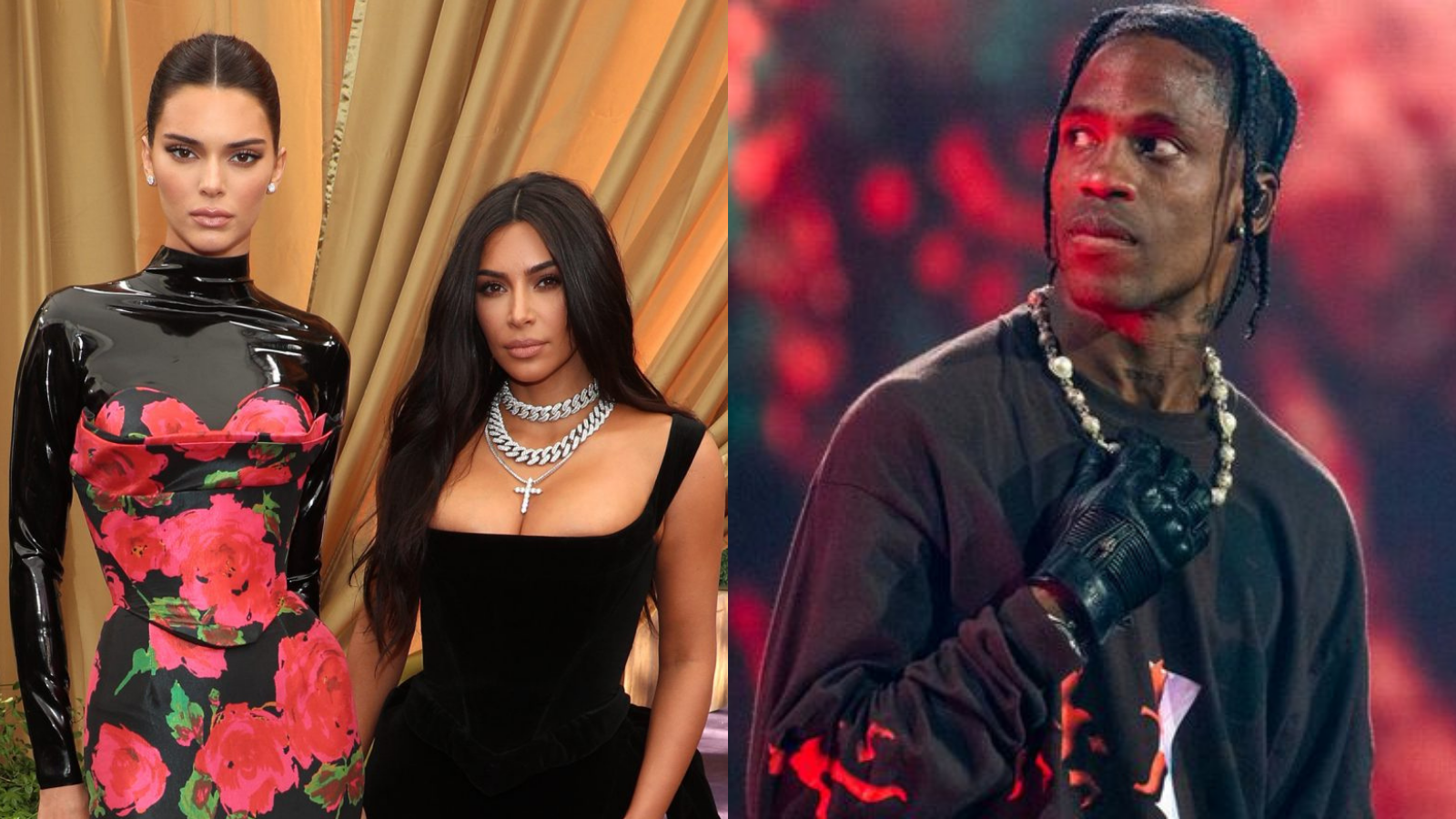 The Kardashian-Jenner family have come out with statements on the tragedy that struck rapper Travis Scott's Astroworld music festival, leaving eight dead and at least 300 injured from a crowd surge during his performance.

Scott and Kylie Jenner share a three-year-old daughter named Stormi and are currently expecting their second child together, reports variety.com.

Kylie was in attendance at the Houston festival over the weekend with their daughter, Stormi, to support the rapper.

"Travis and I are broken and devastated. My thoughts and prayers are with all who lost their lives, were injured or affected in any way by yesterday's events. And also for Travis who I know cares deeply for his fans and the Houston community," Jenner posted on her Instagram stories, following the tragedy.

Jenner, who boasts more than 280 million followers on Instagram, initially received pushback for posting footage from the festival showing an ambulance on-site.

In her statement honouring the victims, Jenner clarified that she was unaware there were any lives taken at the festival. "I want to make it clear we weren't aware of any fatalities until the news came out after the show and in no world would have continued filming or performing," Jenner said.

She continued: "I am sending my deepest condolences to all the families during this difficult time and will be praying for the healing of everyone who has been impacted."

Her elder sister, Kim Kardashian, took to her social media on Monday evening to react to the tragedy, stating that her entire family is in shock.

"Absolutely heartbroken for the lives who were lost and anyone who was hurt at Astroworld," Kardashian West wrote.

"Just like all of you, our family is in shock by the tragedy. We are keeping all of the victims, families and loved ones impacted in our prayers for healing -- as well as Travis who we know cares so much about his fans and is truly devastated."

Kendall, who attended the concert with pregnant sister Kylie Jenner, said in a separate statement that she is "still at a loss for words" over what took place on Friday.

"I'm truly broken for the families that have lost loved ones and my prayers go out to everyone involved," the 26-year-old model said. "Sending everyone who has been affected all of my love and wishing them strength during this incredibly devastating and sensitive time." 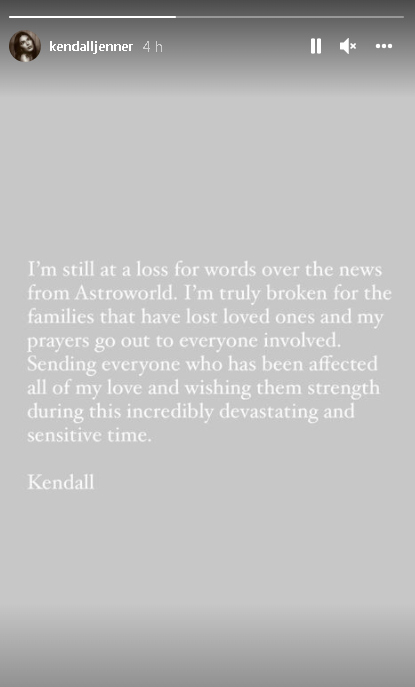 In the aftermath of the horrifying incident, Scott pledged to cover funeral costs for all of the victims.

On Monday, Variety reported that Scott is refunding all attendees who bought tickets to Astroworld, and will not perform next weekend at the Day N Vegas Festival, where he was set to headline on November 13.

Sources speaking to Variety described Scott as "too distraught to play," less than a week after the tragedy that occurred at his festival.

The second night of Astroworld, which was planned for last Saturday, was immediately cancelled after the casualties were reported on Friday night, which was being webcast live to a worldwide audience by Apple Music.

Drake came on stage as a surprise for one of the final songs during Scott's performance.

Multiple lawsuits have been filed against Astroworld's principle producer Live Nation Entertainment and other event organizers, with at least one lawsuit naming Drake as a co defendant. 'Blood is on your hands': Travis Scott faces severe backlash after 8 die during stampede at...
Advertisement