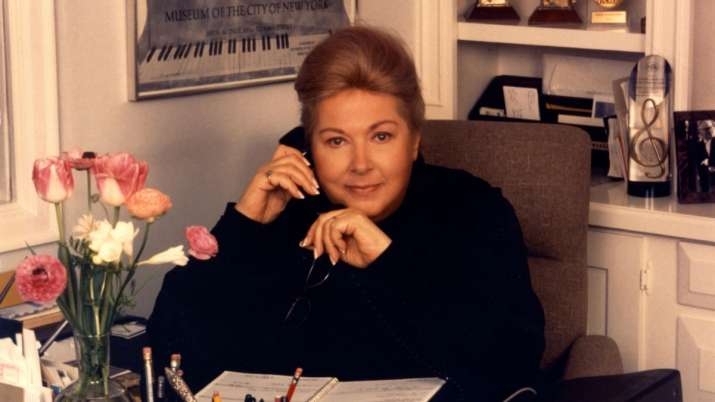 Marilyn Bergman, the Oscar-, Emmy- and Grammy-winning songwriter whose lyrics written with her husband, Alan Bergman, graced such hits as 'The Way We Were', 'The Windmills of Your Mind', 'In the Heat of the Night' and the songs from 'Yentl', has died aged 93.

Bergman was the first woman president and chairman of the board of the American Society of Composers, Authors and Publishers (ASCAP), a post she held from 1994 to 2009, reports variety.com.

She and her husband and lifelong writing partner Alan Bergman wrote the words to some of the most popular film and TV songs of the 1960s, '70s and '80s, and continued to write together well into the 2000s.

They were Oscar nominated 16 times, and won three.

The Bergmans were frequent collaborators with composers Michel Legrand and Marvin Hamlisch.

The Bergmans were inducted into the Songwriters Hall of Fame in 1980 and received its Johnny Mercer Award in 1997.

They received a lifetime achievement award from the National Academy of Songwriters in 1995. The National Association of Recording Arts & Sciences (now the Recording Academy) presented them with a governor's award in 2002 and its trustees' award in 2013.

In 1985, she became the first woman to be elected to ASCAP's board of directors, and continued to serve on the board after stepping down as its president.

ASCAP President and Chairman Paul Williams also paid tribute to Bergman, writing in a statement: "It is with deep sadness that I personally, and all of ASCAP, mourn the passing of Marilyn Bergman - one of the greatest lyricists who ever lived and truly ASCAP royalty.

"She was a brilliant songwriter who together with her husband, Alan Bergman, gave us some of the most beautiful and enduring lyrics of all time. She was a tireless and fierce advocate for music creators not only during her term as President and Chairman of ASCAP but throughout her life. Our community will miss her intelligence, her wit and her wisdom. Alan - we mourn with you."

She was born in Brooklyn, majored in music at New York's High School of Music & Art, then studied at NYU.

While still in high school, she often played piano for lyricist Bob Russell ('Don't Get Around Much Anymore'). He encouraged her to consider songwriting as a profession.

When she moved to Los Angeles in the mid-1950s, she began writing lyrics for composer Lew Spence and soon met Spence's other lyric-writing partner, Alan Bergman. Marilyn and Alan were married in February 1958.

Among their early hits were 'Nice 'n' Easy', title track for the 1960 Frank Sinatra album, written with Spence; and 'Yellow Bird', a calypso number for a 1959 Norman Luboff album.

'In the Heat of the Night', sung by Ray Charles, was their big breakthrough film, working with composer Quincy Jones in 1967.

Numerous films with Legrand followed, including 'The Thomas Crown Affair', 'The Happy Ending', 'Pieces of Dreams', 'Summer of '42', 'Best Friends' and 'Yentl', many of which yielded hit songs.