'No one should die on a film set': Priyanka Chopra condoles Halyna Hutchins' death in prop gun firing incident

Baldwin had fired what was described as a "prop firearm" at the Bonanza Creek Ranch in New Mexico, resulting in the incident, where Hutchins died
ANI Global star Priyanka Chopra Jonas, on Saturday, shared her condolences for cinematographer Halyna Hutchins, who lost her life due to the prop gun firing incident on the set of 'Rust', which involved Hollywood actor Alec Baldwin.

During the production on 'Rust', Baldwin had fired what was described as a "prop firearm" at the Bonanza Creek Ranch in New Mexico, resulting in the incident, where Hutchins died and the film's director Joel Souza also got wounded.

Priyanka took to her Twitter handle and shared a photo of the late cinematographer, and along with it shared a heartfelt note.

She wrote, "I'm so shook. I cannot imagine what everyone involved in this tragedy is feeling. There are no words. No one should die on a film set. Period. My heart goes out to Halyna Hutchins family and everyone who knew her."

At the time of the incident, Hutchins was transported by helicopter to the University of New Mexico Hospital in Albuquerque, where she died. Souza was taken by ambulance to Christus St. Vincent Regional Medical Center in Santa Fe, where he received emergency treatment for his injuries. He has subsequently left the hospital.

Sources told a local newspaper that Baldwin was questioned by investigators following the incident. However, no charges have yet been filed in connection with the case, which is under investigation, Juan Rios, a spokesman for the sheriff's office, said in a statement, reported Fox News.

Apart from Baldwin, 'Rust' also stars Frances Fisher, Jensen Ackles, Brady Noon and Travis Fimmel. In addition to featuring in the film, Baldwin is a co-producer on the upcoming project.

New Mexico is a busy film location, and the Bonanza Creek Ranch has hosted productions including 'Hostiles', 'Cowboys and Aliens', '3:10 to Yuma', 'Appaloosa' and 'Longmire'.

Meanwhile, on the work front, Priyanka is busy shooting for her thriller web show 'Citadel', which is being created by Russo Brothers. 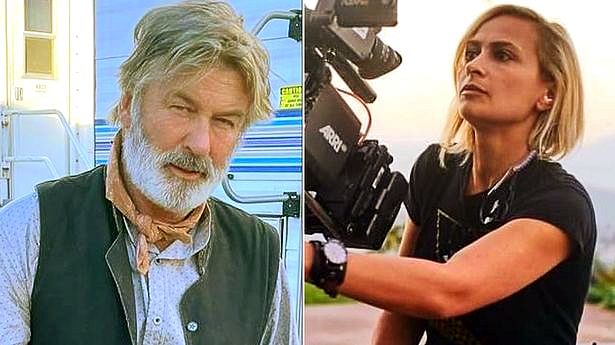 'Was there an actual safety meeting?': Shocked fans on Alec Baldwin misfiring prop gun on 'Rust'...