No bloopers for Joker: Todd Phillips reveals why there were no post-credit scenes

Adding bloopers after the credits is a trend that’s been going on and DC movies have also adapted the same. However, Joker fans were aware that they won’t be getting any end-credit scenes.
FPJ Web Desk 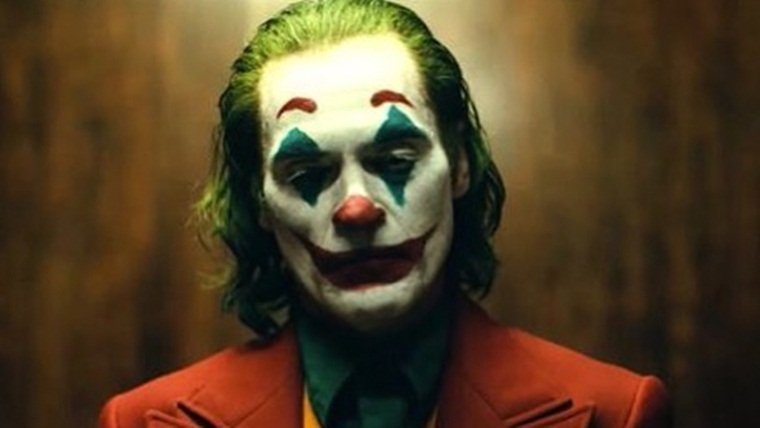 Todd Phillips’s Joker has been doing exceptionally well at the box office. The Joaquin Phoenix starrer won the hearts of the audiences for not only the story but also a commendable portrayal of the most iconic DC villain that ever existed.

These days it is very common for movies, especially movies based on comics to have post-credit scenes. These credit scenes are a little something for the audiences to take back. Adding bloopers after the credits is a trend that’s been going on and DC movies have also adapted the same. However, Joker fans were aware that they won’t be getting any end-credit scenes. Todd Phillips had already emphasised that Joker is a standalone movie.

We do understand the greed for a little extra content. Especially for a hard hitting movie like Joker. Though fans didn’t get any, even Arthur Fleck (Joaquin Phoenix) wanted fans to have a lil more content after the credits.

Todd Phillips in an interview revealed, why there were no post-credit scenes.

"The idea of a post-credits scene in this movie would seem wrong, and a little too light for me," Phillips said. "That wouldn't have been something we did. But Joaquin said it would be funny to put bloopers alongside the names like they did in the old days." Phillips revealed this in an interview to Games Radar.

Joker is the origin story of the DC supervillain. The makers have given a completely new perspective to the story. The movie revolves around Arthur Fleck, a man who feels neglected by the society and ends up finding his kick in crime and violence.

Todd Phillips in an interview also spoke about the dark premise of the movie and shared how the actual idea of birthing something like this came up.

He said, "Go try to be funny nowadays with this woke culture. There were articles written about why comedies don’t work anymore—I’ll tell you why, because all the f*cking funny guys are like, ‘F*ck this sh*t, because I don’t want to offend you.’ It’s hard to argue with 30 million people on Twitter. You just can’t do it, right? So you just go, ‘I’m out.’ I’m out, and you know what? With all my comedies—I think that what comedies, in general, all have in common—is they’re irreverent. So I go, ‘How do I do something irreverent, but f*ck comedy? Oh I know, let’s take the comic book movie universe and turn it on its head with this.’