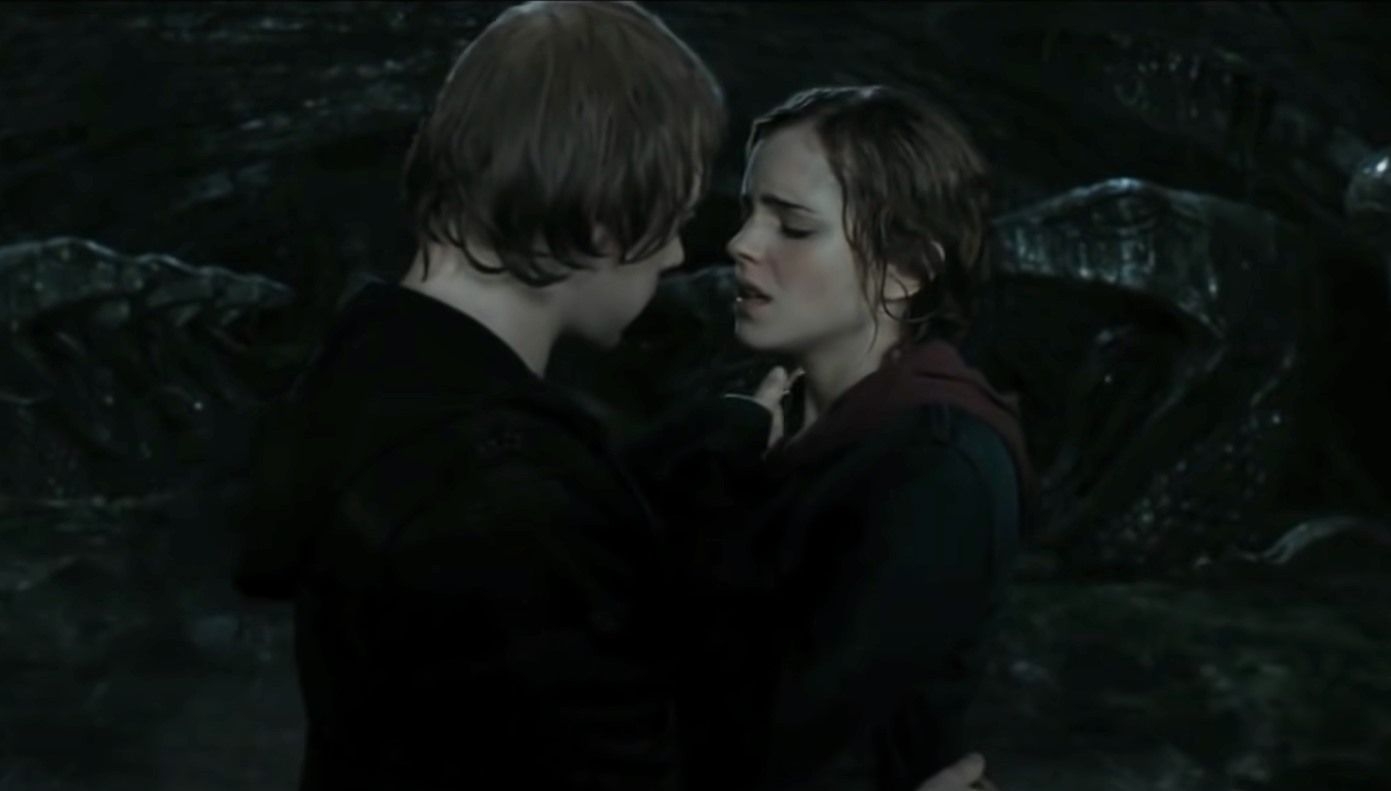 Actress Emma Watson along with several of her co-stars had skyrocketed to fame at a young age after appearing as Hermoine Granger in the 'Harry Potter' film franchise.

While Watson and her co-stars have parlayed their early stardom into successful careers in Hollywood, it wasn't an easy go for them.

Watson is currently set to appear in HBO Max's upcoming 'Harry Potter 20th Anniversary: Return to Hogwarts' special, which will see her and others involved with the franchise recall their time working together.

In the reunion special, Watson looked back at her steamy lip lock with co-star Rupert Grint aka Ron Weasley, which took place in 'Deathly Hallows Part 2' after they destroy Voldemort's diary.

Emma said, “Obviously, us kissing was the most horrifying thing either of us has ever had to go through."

Director David Yates said, “I spoke to both of them in their trailers, made sure they were both comfortable. It was almost like prepping them for a major sports event.”

Emma further mentioned that her kiss with Rupert was meant to be more of a dramatic make-out but it couldn’t happen because they kept laughing.

“I was really scared we were never going to get it because we just couldn’t take it seriously,” she said.

Daniel Radcliffe went on to add, “I did not make this better because I have been told significantly that I was just being an absolute d**k about this and being like, ‘I am going to come on set and watch you guys kiss’,” he said.

Meanwhile Rupert said, “I think I kind of blacked out. I just remember your face getting closer and closer to mine.”

Emma concluded by saying, “Kissing Rupert was one of the hardest things I have ever had to do. It just felt wrong, so wrong on every level because Dan, Rup and I are so much siblings.” 'Harry Potter' Reunion: When and where to watch the 20th anniversary special in India?