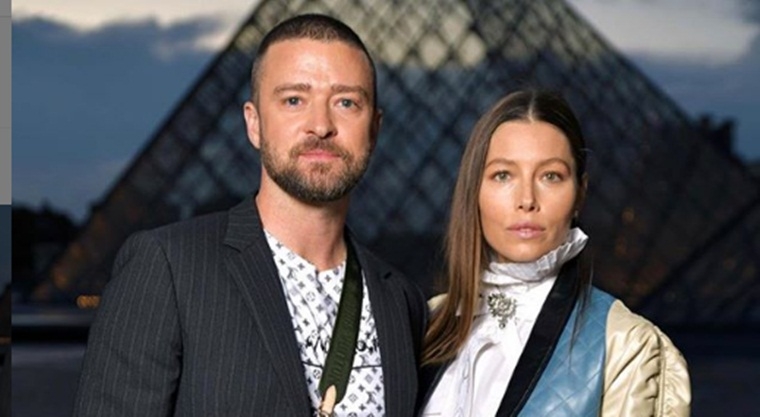 The actor and singer, 38, was heading inside the show when notorious pransker Vitalii Sediuk grabbed a hold of his leg and wouldn't let go - until security swooped in and removed him, reports dailymail.co.uk.

Beil, who was holding his hand, looked shocked but the couple appeared to quickly shake off the dramatic moment as they resumed their walk to the venue with smiles on their faces.

This security scare comes just hours after model Gigi Hadid had to escort YouTube prankster Marie Benoliel aka Marie S'Infiltre off the Chanel S/S 2020 runway after she jumped on and tried to blend in.

It started when Timberlake and Beil got out of their car and started walking toward the venue for the Louis Vuitton show.

Suddenly Vitalii ran up between his security and PR personnel and grabbed Timberlake's right leg.

Beil was shocked. Timberlake looked down and attempted to shake him off but their security swooped in and grabbed him; the prankster would not let go of the singer's leg as security pulled him away so Timberlake had to hop a few steps as he tried to keep his balance - before his leg was finally released by him.

This is not okay or funny!! People have to fcking respect the boundaries!! You cannot touch a "celeb" -in this case he's literally holding on tight to JT's leg- just because you call yourself a fan!! I'm so sad seeing them so confused and scared but they handled it like a pro. . . #JustinTimberlake #JessicaBiel #PFW #louisvuitton @justintimberlake @jessicabiel #fashion #fashionshow #couplegoals #timberbiel #parisfashionweek 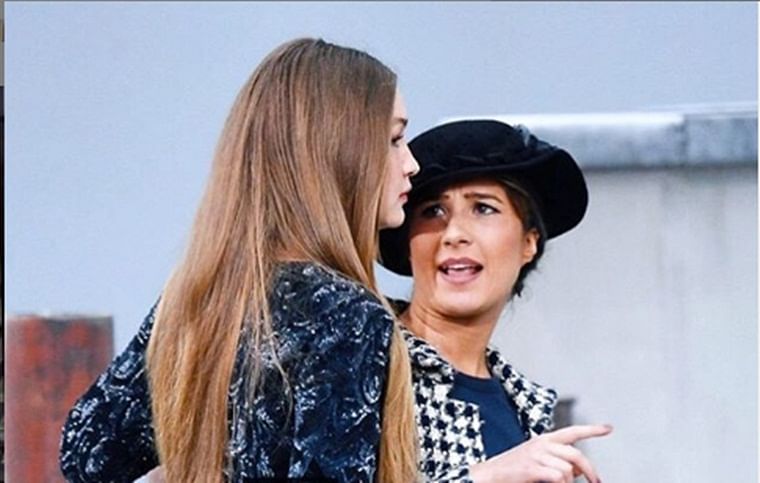