Jonas Brothers team up with Sebastian Yatra, others for first bilingual song 'Runaway'

After treating fans with songs like 'Sucker' and 'Cool' the band is back with another track.
ANI 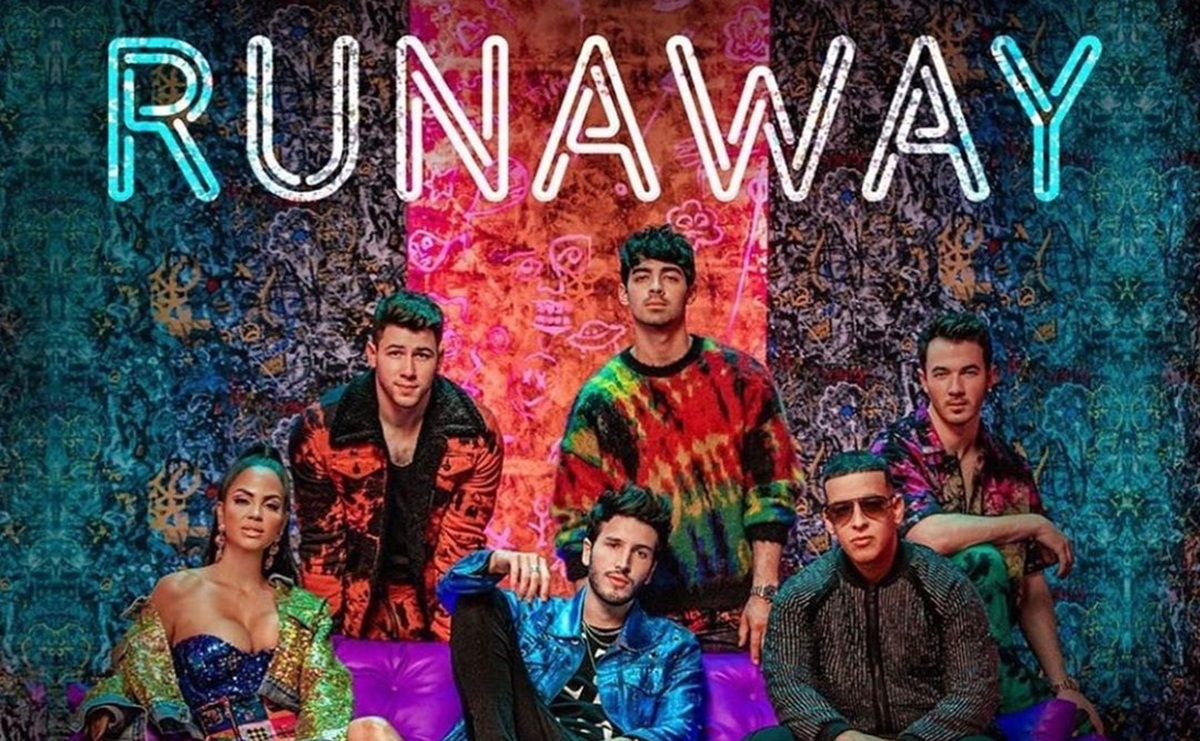 Washington D.C.: The Jonas Brothers are on a roll! After treating fans with songs like 'Sucker' and 'Cool', which are still topping music charts, the band is back with another track.

The new song happens to be their first bilingual track. Jonas Brothers- Nick, Kevin, and Joe have collaborated with Latin superstar-- Sebastian Yatra and others artists including Daddy Yankee and Natti Natasha for the track 'Runaway', following the release of their album 'Chasing Happiness'.

Nick shared the fun and peppy music video on his Twitter handle. The pop ballad is super catchy and fun, thanks to its foot-tapping beats. And it's safe to say that it might just be the next summer jam! In the music video, the Latin Grammy-nominated singer, Yatra, enters the suite of a karaoke bar in Japan. A few moments into the video and all the singers are seen having a blast as they sing and dance to the peppy number, which will surely make you want to put your dancing shoes on! "If you want to we can runaway. I know you think about it every day," Nick sings.

"How can I say no to that pretty face? Baby, we can leave today," Joe sings in the next verse.

The other singers too add their unique touch to the track, which makes it the perfect party number.

The video also shows the JoBros singing along seamlessly with other stars in the chorus, before Daddy Yankee takes centre stage with his extended feature.

Riding high on the success with their songs and album topping the charts, Jonas Brothers said that they couldn't pass the chance of collaboration with other singers.

"When the opportunity came about to work with Yatra, Natti, and Daddy Yankee, it was a no brainer. We love Latin music and are so excited for the fans to hear us on our first Latin feature," the band told Entertainment Weekly.

Yatra, a longtime fan of the brother trio, said a chance meeting with them six years ago set the ball in motion for the collaboration and having hitmakers Natasha and Yankee onboard was beyond perfect.

"I've been a fan of the guys forever. I met them by chance when I was 18 at a bar, it was completely random. I was just starting my career, and Joe took the time to talk to me. That day, I set that goal for myself that we'd all collaborate one day. Being here, all these years later, singing with Joe, Nick, and Kevin is really a dream come true," he said.

Apart from Jonas Brothers, other singers like Drake, Beyonce, and Madonna, have earlier collaborated with the Latino artists like Bad Bunny, J Balvin, and Maluma, respectively.

Yatra added that they have also discussed the possibility of singing their track for a live audience while the brothers are on tour. While everyone has busy schedules, Yatra doesn't think anything is impossible.