Joker: An equally powerful and perfect prequel to Nolan’s The Dark Knight; an original one at that 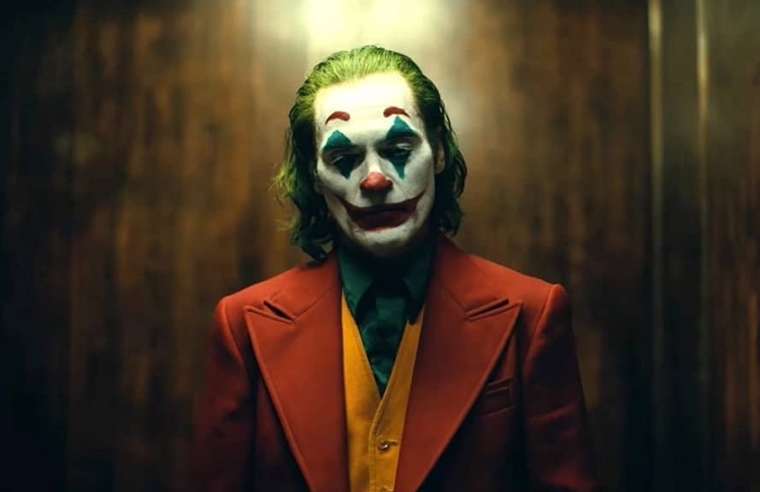 Set: A seemingly old dressing room with some paints and a man painted in a clown’s face looking into the mirror of a dressing table. Why a clown? Keep reading, you will know why.

Background: Radio-quality voiceovers from a newsroom resounding all the headlines one dreads of in today’s world.

Monologue: Tears and tears and a forced smile in between...

And that’s how the movie opens, exposing you to the ‘tragedy’ of a professional clown turning into the ‘comedy’ of a serious villain— The Joker; comedy, which he believes not many ‘wouldn’t get’.

To begin with, the plot is simple just as simple as a smile; the reality of the character is too. It’s a story about a child’s lost childhood. After all, what makes of a child if s/he doesn’t have any memories of his/her own young days.

And that’s exactly where it gets complicated in terms of emotions it induces in the audience. This all happens while the protagonist seeks forgiveness for his laughter, a neurological condition and not part of his comic act.

The movie is set in a time similar to today’s: protests, fear of being fired, violence and unemployment. As the great Charlie Chaplin, the clown is busy doing what he believes he is born to do. While the character believes he is here to put a smile on people’s face, the actor (Joaquin Phoenix) will make you cry in most instances, particularly in his hysterical laughter. If he signifies what depression looks like you will see the worst of all particularly in the bloody smile (literally) he stands up with on the car bonnet in the minutes after climax.

The most compelling lines from joker’s ‘joke diary’ was “I just hope my death makes more cents (sense) than my life”. It’s the words such as ‘hope’ that get you closer to the villain in the making, which is certainly not what an evil character stands for, that too, over his own body.

You will live the movie even more for Phoenix’s grasping theatrical performance more than a cinematic one. The enigmatic dance moves on the signature music will make you want to sway to Phoenix’s versatility. Just watching the trailer will save me the time to write about the levels of excellence the actor has put in to paint this joker in appearances—both physical and mental— of his own; definitely a lifetime achievement Christian Bale and the likes have achieved before.

The movie will also make you gasp. If you are watching it at a theatre full of informed audience, the gasp will be in unison. This is a movie full of surprises in terms of plots, acting, songs and music. And if you keep peeling the layers of this movie, they will all lead you to the professional excellence the cast and the crew reaches.

As the post-credits are about to end, I overhear my loud neighbour at the movie: it reminds them of Taxi Driver (for Robert De Niro and his acting?) and V for Vendetta (the mask and the mass feel). I agree. It may have brought memories of these movies to them because one thing this movie promises is it will remind you of many such classics of all times and will yet stay original.

The story is a classic example of a well-thought-of that rightfully justifies why the joker is equivalent to the Thor of Marvel. If moviemakers could learn a thing or two from this movie it’s that a movie can be well made (even without special effects) with an appealing storyline even if it is known and just one talent, not a clan full of stars.

One of the most essential signs of the movie: Everything must go. Hence, everyone must go and watch the movie. Just this form of acting and direction must not go. That reminds of a movie which stayed with me in a parallel universe (Thankfully DC).

If you’ve watched Dark Knight for Bale (Batman), Christopher Nolan and Heath Ledger (joker) a hundred times for the sentiments the movie arises, you sure will want to watch Joker at least 99 times just to reach Phoenix over and over again. For these are the movies that reassure an actor’s performance is far greater than the character itself.

Hence, if it wasn’t for Ledger and Phoenix, who knew Joker could be empathised with even a bit. P.S. From forgiving his laughter, forgive my writing for this opinion is subjective; just as subjective as a joke is in being funny or not. (You will know the reference once you watch it).