The film, a sequel to 2018's horror hit directed by Krasinski, was slated to bow out worldwide on March 18, with a UK premiere scheduled for March 19 and a North American release set for March 20.
PTI 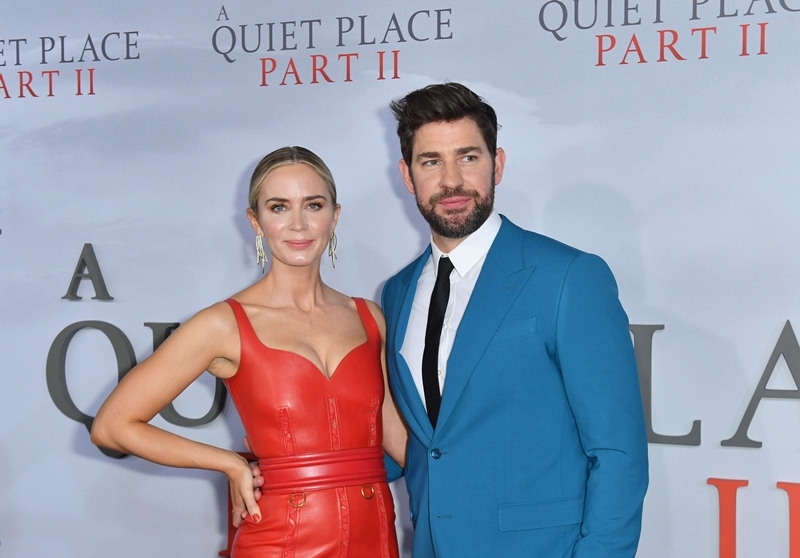 The film, a sequel to 2018's horror hit directed by Krasinski, was slated to bow out worldwide on March 18, with a UK premiere scheduled for March 19 and a North American release set for March 20.

"After much consideration, and in light of the ongoing and developing situation concerning coronavirus and restrictions on global travel and public gatherings, Paramount Pictures will be moving the worldwide release of 'A Quiet Place Part II,'"the studio said in a statement to Deadline.

"We believe in and support the theatrical experience, and we look forward to bringing this film to audiences this year once we have a better understanding of the impact of this pandemic on the global theatrical marketplace." Paramout has not set a new release date for the movie yet. Krasinski, who has penned and directed the sequel, also released a statement on social media.

"One of the things I'm most proud of is that people have said our movie is one you have to see all together. Well due to the ever-changing circumstances of what's going on in the world around us, now is clearly not the right time to do that.

As insanely excited as we are for all of you to see this movie .. I'm gonna wait to release the film till we CAN all see it together! So here's to our group movie date! See you soon," he wrote.

The film is the latest addition to the list of movies that have been delayed due to the novel coronavirus outbreak.

Sony Pictures recently pushed the global release of "Peter Rabbit 2" to August, while the new James Bond movie "No Time to Die", which was set to arrive in cinemas in April, has been postponed to November.