Jessica Alba: It's a systemic racism that's in the veins of our criminal-justice system

'Sin City: A Dame To Kill For' star Jessica Alba in her recent interview opened up about the ongoing racial issues and how she talks to her kids about 'privilege and racism'.
FPJ Web Desk 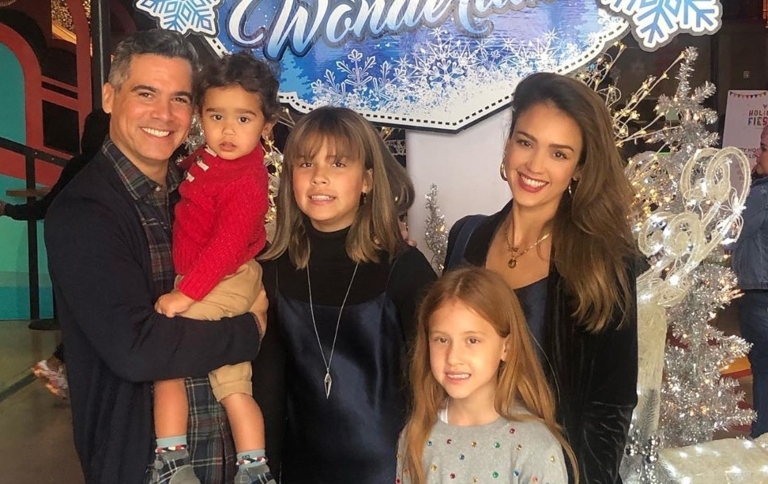 Jessica Alba: It's a systemic racism that's in the veins of our criminal-justice system |

The brutal death of George Floyd, a 46-year-old black man, due to police brutality has sparked a national outcry for justice in the United States. Hollywood celebrities have been using their platforms to support the Black Lives Matter movement. 'Sin City: A Dame To Kill For' star Jessica Alba in her recent interview opened up about the ongoing racial issues and how she talks to her kids about 'privilege and racism'.

In a conversation with People, Jessica Alba said, "When I see all of the hateful, racist activity that has been happening, you realize what really matters." The 39-year-old, who is the mother of three kids - Honor (12), Haven (8) and Hayes (2) - added, "Honor and Haven are online more than ever, so they're exposed to this."

She said that the issues hit close to home because her 'kids are black and Mexican so there's a connection to what's happening'. Alba also said that the 'systematic racism' is devastating and is deep rooted in the criminal-justice system. She said, "It's not happening any time soon and it's so devastating,' Alba said. 'It's a systemic racism that's in the veins of our criminal-justice system. It's just set up to oppress black and brown and "other" people."

On Thursday, the actress-business mogul also shared a video on her Instagram that explained systematic racism.

Reacting to the video, a fan wrote, "Thank God we have celebrities around to explain things like covid, and racism. Whew."

Another commented, "Thank you so much for this!!! I'm so sorry people are so cruel to you.... it's easy to be mean behind a screen to a stranger."

Protests have taken place across the U.S. this week after Floyd, a 46-year-old black man, died in police custody after he was accused of attempting to use a counterfeit 20 USD bill at a Minneapolis deli.

Floyd was handcuffed and pinned to the ground by police, with one officer, Derek Chauvin, holding his knee to the man's neck for more than seven minutes, even as he complained that he couldn't breathe and pleaded for help, and after he became unresponsive. Paramedics were called and performed chest compressions and transported the man to a local hospital, where he was pronounced dead.

The video of the arrest went viral which prompted protests and riots in Minneapolis and other cities across the country. The four police involved in the incident were fired and Chauvin was arrested and charged with third-degree murder and second-degree manslaughter.