Actor-chat show host James Corden says he wears spanx under his suits for every episode of his US talk show.
IANS 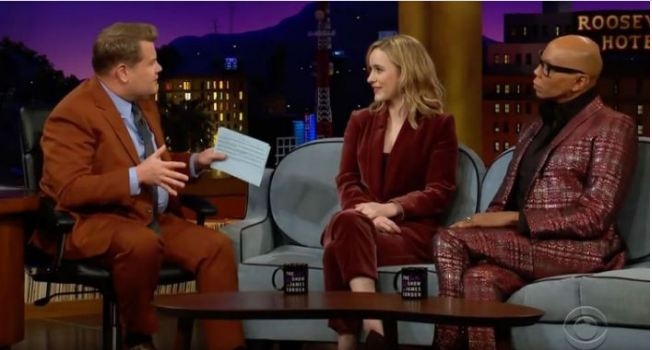 Actor-chat show host James Corden says he wears spanx under his suits for every episode of his US talk show.

Speaking to guests RuPaul Charles and Rachel Brosnahan this week, Corden said: "I think I'm making a sacrifice wearing these spanx. I'm not even joking. My New Year's resolution is to try and get to a point where I do one show this year not wearing spanx.

"It'll be like I'm suddenly free, Ru! I won't know what to do! I'll be breathing... Oh, you'll know (when I'm not wearing it), babe. You'll know, babe. I will shout it from the rooftops! It'll be my first ever Instagram Story."

Brosnahan opened up about her experiences with corsets on "The Marvelous Mrs. Maisel", and said she "almost" got injured in her costume, reports femalefirst.co.uk.

RuPaul said his own experiences trying to get into a corset for 15 to 16 hours a day while filming "AJ and the Queen".

He added: "When you do drag and you're a man, you have to put your between-me-down-there further between me down there, so sitting and doing anything--and with 'AJ and the Queen', 15, 16-hour days sometimes -- so it's corsets, it's face stuff, it's glue, it's an intricate system of pulleys and weights.

"It's not cute, and it's not for sissies. You have to be a true convicted to do this thing."