'Insult to the legacy': Gucci family issues scathing statement over their portrayal in Lady Gaga-starrer 'House of Gucci'

"This is extremely painful from a human point of view and an insult to the legacy on which the brand is built today," read the statement
IANS 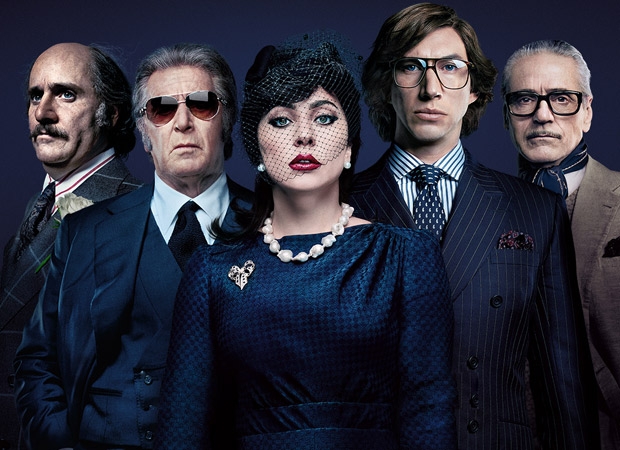 The members of Aldo Gucci's family, who was chairman of the Gucci fashion house from 1953 to 1986, have issued a statement saying they are "a bit disconcerted" about what they claim is their inaccurate portrayal in filmmaker Ridley Scott's 'House of Gucci'.

"The production of the film did not bother to consult the heirs before describing Aldo Gucci -- president of the company for 30 years (played by Al Pacino in the film) -- and the members of the Gucci family as thugs, ignorant and insensitive to the world around them," the statement said.It added that the pic attributes "a tone and an attitude to the protagonists of the well-known events that never belonged to them."

"This is extremely painful from a human point of view and an insult to the legacy on which the brand is built today," it noted, reports variety.com.The statement goes on to blast how Milanese socialite Patrizia Reggiani played by Lady Gaga in the film, who was convicted in 1998 of facilitating the murder of Maurizio Gucci essayed by Adam Driver, "is portrayed not just in the film, but also in statements from cast members, as a victim trying to survive in a male and male chauvinist corporate culture." Did you know? Lady Gaga ad-libbed her iconic 'father, son and House of Gucci' line

"This couldn't be further from the truth," the statement goes on to say, since during the 70-year time span when the Gucci company was a family business, it was "an inclusive company," it claims.Indeed, during the 1980s, when the film is set, "there were several women who held top positions" at Gucci, whether they were family members or not, such as the president of Gucci America, the head of Global PR and communications, and a member of the board of directors of the Gucci America company, the statement noted.

"Gucci is a family that lives honoring the work of its ancestors, whose memory does not deserve to be disturbed to stage a spectacle that is untrue and which does not do justice to its protagonists," the statement concluded.It added: "The members of the Gucci family reserve the right to take action to protect the name, image and dignity of themselves and their loved ones.

"Despite the tone of the statement, no legal action is being taken at this time by the Gucci family against Scott's Scott Free shingle and Universal, according to an inside source.Scott, speaking on BBC Radio 4's Today show last week, dismissed previous criticism. 'I was deeply sad for several days': Tom Ford after watching 'House of Gucci'