'I look very sexual': Bella Hadid reveals she was 'embarrassed' of her Cannes 2016 red carpet look

Believe it or not, even models sometimes get embarrassed about their dresses when they have to be under the spotlight, such is supermodel Bella Hadid, who recently revealed that she is 'still embarrassed' about her Alexandre Vauthier Couture gown she wore at Cannes 2016 red carpet.
ANI 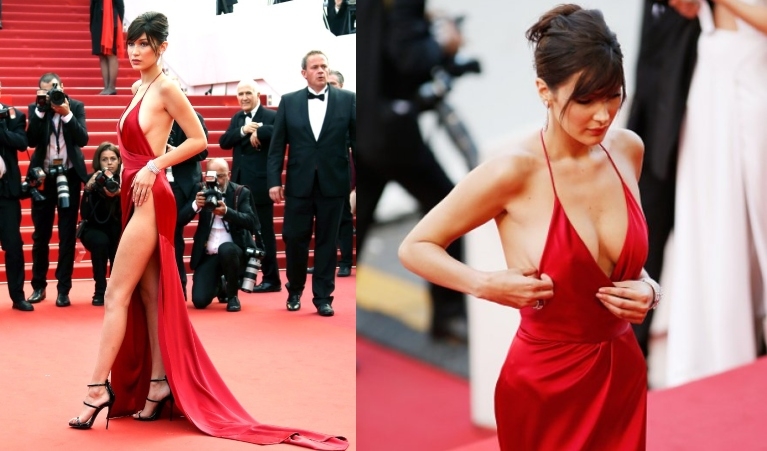 Believe it or not, even models sometimes get embarrassed about their dresses when they have to be under the spotlight, such is supermodel Bella Hadid, who recently revealed that she is 'still embarrassed' about her Alexandre Vauthier Couture gown she wore at Cannes 2016 red carpet.

According to Page Six, Bella recently told Vogue Magazine in an interview that the plunging, slit-up-to-there Alexandre Vauthier Couture gown she wore at Cannes in 2016 made her "look very sexual" and feel "nervous."

The 24-year-old supermodel told, "I kind of get embarrassed of this moment still. Even though the dress is gorgeous, it just doesn't feel so much like me." 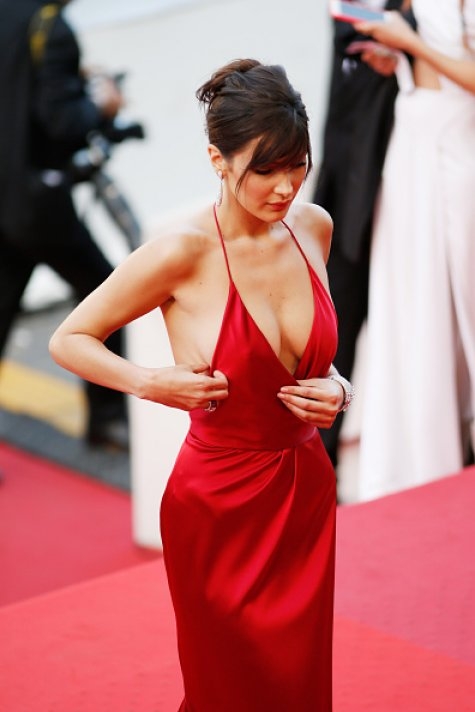 As per Page six, Bella's Alexandre Vauthier Couture gown had a long slit slashed all the way up to her waist, revealing her toned legs, while the thin halter neckline and backless silhouette revealed most for her side breast area. 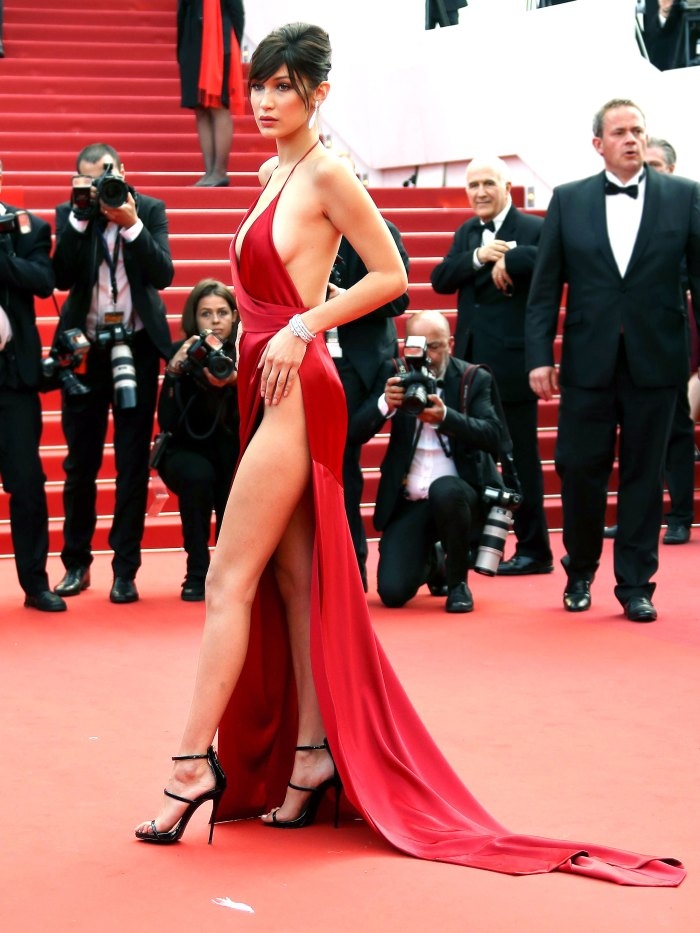 Hadid further said that she "feels lucky" that she was able to avoid a major wardrobe malfunction.

"Thank God, I think maybe there was one little slip that happened," she recalled while joking that the dress' outing marked the debut of her red carpet alter ego, quipping, "That's my alter ego, that's Belinda. I'm just so the opposite of her," as per Page Six.

However, in June, she turned heads by returning to Cannes in a stunning Schiaparelli Haute Couture long-sleeved black dress that exposed her chest, which was then covered by a gilded brass necklace of a human lung's pulmonary veins attached to a chain around her neck. There were criss-cross ribbon details on the back of the ensemble to tie it together. She completed her Cannes look with strappy embellished pumps, rhinestone adorned earrings, and a matching ring. She tied her hair in a sleek high bun with a section of her locks left open in the back.

Not to miss was her top-notch makeup. She opted for a minimal makeup look that included shimmery eye shadow, nude brown lip shade, dramatic mascara on the lashes, well-defined eyebrows, and a brown tint blush on the cheeks.

Her first look from the carpet was unveiled on the Instagram account of Schiaparelli, the luxurious Italian fashion label.

People magazine reported that Bella's dress was from the Haute Couture Fall-Winter 2021/22 collection and designed by the Artistic Director of Schiaparelli, Daniel Roseberry.

She wore the dress for the premiere of Tre Piani (Three Floors). 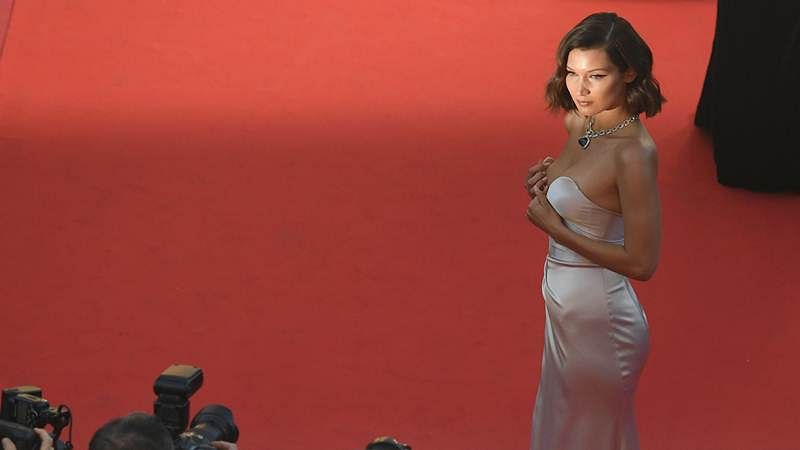