Friends: Courteney Cox suffered a miscarriage when Monica and Chandler were trying to have a baby

It was the same time when Rachel Green gave birth to Emma.
FPJ Web Desk 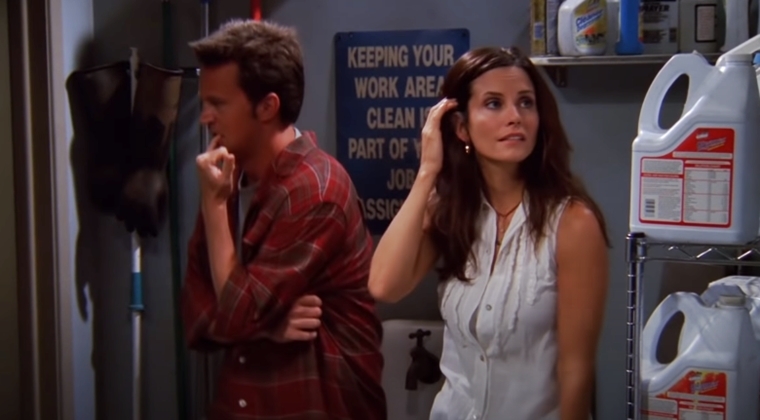 Friends: Courteney Cox suffered a miscarriage when Monica and Chandler were trying to have a baby |

The 90s American sitcom Friends still tops our watchlist when it comes to favourite shows to binge. The characters and their friendship through several ups and downs have entertained fans for ten seasons. However, not many are aware of the reality that took place behind the scenes.

Courteney Cox, who played the role of Monica Geller hit a rough patch in her personal life as she suffered multiple miscarriages. During the show's eighth season, Monica and her husband Chandler (Matthew Perry) are also trying to have a baby. This is the same time Rachel Green (Jennifer Aniston) gives birth to baby Emma. However, after failing to get pregnant biologically they settle for adoption and become parents to twins in the final season.

Speaking about the same Cox told NBC in an earlier interview: “That was hard.” “Sometimes, like I remember one time I just had a miscarriage and Rachel was giving birth. It was like that same time. Oh my God, it was terrible having to be funny."

“I had a lot of miscarriages, and I don’t think that’s something that people shouldn’t talk about, because… it was unfortunate but it happens. I just think it’s important to get things out there so people can realize they’re not alone,” she added.

According to reports the cast of "Friends" had confirmed that they were reuniting for a special but plans were delayed due to coronavirus. However, they have secretly recorded a 90-minute special.

"As soon as filming was cancelled, everyone started panicking as it took so long to get their schedules to align, there was a deep fear it may take a year or even longer to get them all back together again," said a source.

"Courtney immediately set up a Zoom meeting for them and they all logged on to discuss ideas - brain-storming and bringing in the producers for a session which they called a mock rehearsal and chatted for almost two hours.

"They've been having daily meetings and Jen (Aniston) - who has the busiest schedule of the six - has assured them she'll do whatever she can to ensure they don't have to wait months to get the reunion filmed.

"Their Zoom sessions have been brilliant fun, and there's some hilarious material on there which they hope can be aired as either a series of teasers, or even a standalone special."

Sixteen years after it last aired, all of the original cast - David Schwimmer, Matt LeBlanc, Matthew Perry, Lisa Kudrow, Courtney Cox and Jennifer Aniston - have signed up for the reunion.

A new date has not yet been set for transmission after filming was halted due to Covid-19.

Courteney Cox re-watches 'Friends' during self-quarantine to recharge her memory of being on the...