Emily in Paris: A heart-warming rom-com

For those who believe in serendipity and chance encounters; Emily in Paris speaks to you from the get-go.
Pooja Prabbhan 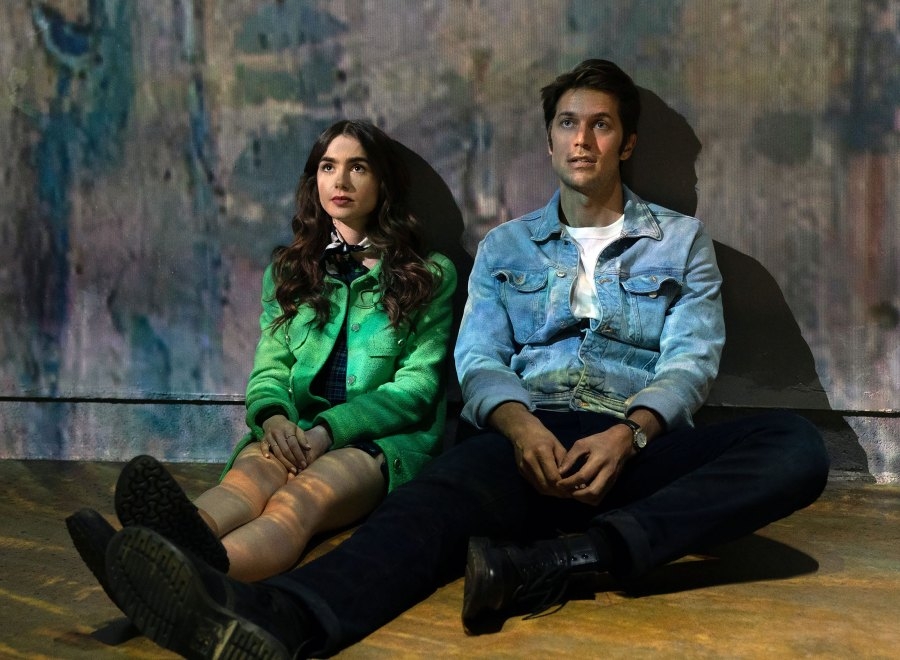 Story: Emily Cooper jumps at the opportunity of heading a French firm’s social media, when her boss Kate Walsh (Madeline Wheeler) unexpectedly turns pregnant. There are several catches though, which Cooper clearly doesn’t seem to care about. But, little does she know that Paris promises a whirlwind journey that turns out to be unforgettable to the many people she meets.

Review: For those who believe in serendipity and chance encounters; Emily in Paris speaks to you from the get-go. What does a wide-eyed twenty something do when life offers her a year’s stay in the world’s most romantic city? No brownie points for guessing that Emily Cooper follows her heart and packs off to Paris. Even if that means sailing away from safe harbours, breaking up with an inflexible boyfriend, and setting afoot in a country without learning the language. Cliched, agreed. But, interesting? Absolutely!

But, things are far from easy. Emily enters Paris unarmed in every sense of the word. She’s travelling on work, and has all the way from Chicago to head a French firm’s social media. Aside from her rich American way of being, there’s something else that appals her Cruella-ish boss Sylvie (Philippine Leroy-Beaulieu) – her zero experience with luxury brands. Sylvie is unrelenting as grits her teeth at Cooper’s unbridled and unpolished ways. While she sticks out as a sore thumb at the start, there’s just something about Cooper that gets her winning a lot more than she intended to, in the City.

Emily has her sights set, and she’s feisty in her pursuit of getting the best out of social media – a domain that she aces personally and professionally. The series shows her gradual growth in followership as she captures her journey and milestones in Paris. She’s pretty and feminine, but there’s also a bold side to her which often surfaces as she aggressively pitches her clients even post work. She’s also a feminist and schools a client a perfumer on the male gaze, much to the annoyance of those around her – especially her boss, who clarifies that she’s a woman but not a feminist.

As Emily navigates her life and the curveballs it throws her way in the dreamsque city, viewers are treated to her chance encounters with desirable suitors who she turns out on multiple occasions (cringe alert.)

She befriends Mindy Chen (Ashley Park), a nanny, who’s quite like her – leaving tested waters in pursuit of what life has in store, beyond. She’s got a past, and it’s heart-warming to see her follow her lost passion for singing on a night of debauchery.

The story has several elements, and characters that make an impact: Be it Gabriel, the heartthrob Parisian Chef, who looks tailor-made for women to swoon over. He lives just a floor downstairs to Cooper, btw. (Cringe alert again) and their paths and lips (sorry about the spoiler) cross sooner, and more often than expected. His girlfriend Camille (Camille Razat) who befriends Cooper, puts the latter on a tricky spot. But, we’ll leave the suspense there. Cooper ends up having a steamy fling with Camille’s underage brother during a family trip and she catches the eye of many rich and powerful men along the way.

The show is perfect to watch on a weekend afternoon. Or binge watch the entire day, for that matter. While the actors do complete justice to their roles, there’s a streak of predictability that feels a little too obvious as one completes episode 6. Watch the show for its feel-good factor, the steamy sex scene (figure it out yourself), the moment when Gabriel and Cooper see eye to eye, and the incredible timing of the show on the whole. Lastly, satiate your wanderlust through your eyes – Paris is beautiful, and Cooper is a traveller (something we’d all wish we could be, right now.) Need we say more?

Name of the series: Emily in Paris