Wrestler-turned-actor Dwayne 'The Rock' Johnson has announced the cast for 'Young Rock,' his upcoming NBC comedy series inspired by his life.
ANI 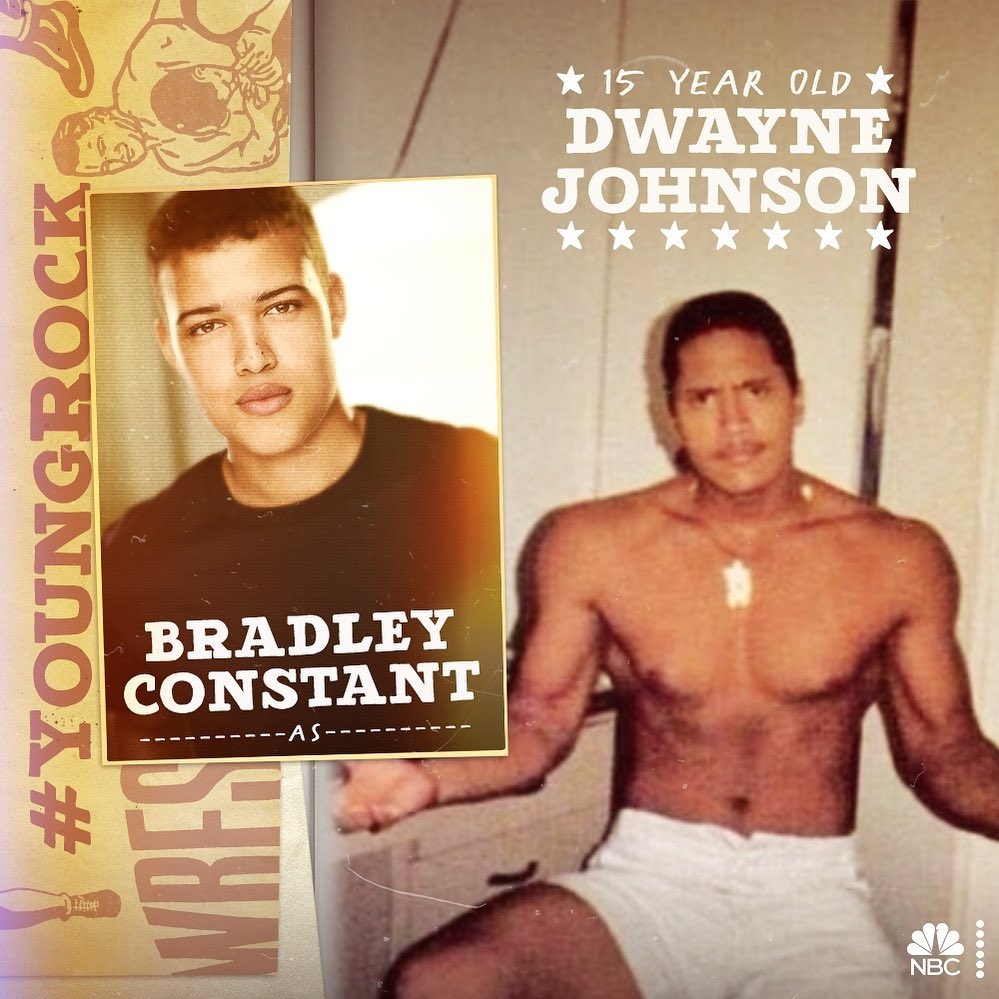 Wrestler-turned-actor Dwayne 'The Rock' Johnson has announced the cast for 'Young Rock,' his upcoming NBC comedy series inspired by his life.

Bradley Constant is set to play him aged 15, and 'Marco Polo' star Uli Latukefu will play him from the ages of 18 to 20.

Stacey Leilua will be essaying the role of Ata Johnson, Dwayne's strong, positive mother. 'S.W.A.T.' and 'Harriet' alum Joseph Lee Anderson as Dwayne's charismatic and charming father, and Ana Tuisila as Lia Maivia, Dwayne's sweet grandmother who is a cutthroat, ruthless businesswoman when she needs to be, are among the others joining the cast.

Johnson broke the casting announcements via Instagram through a series of posts, also revealing that production on the series is officially underway.

#YOUNGROCK Officially KICKIN’ OFF PRODUCTION! Ladies & gents, here’s the cast of our new @NBC comedy, #YOUNGROCK. A series based on my wild and unpredictable childhood and formative years growing up. @bradleyconstant will take the reigns of playing me at 15 and clearly kicking puberty’s ass 😂💪🏾 This show is gonna be a fun one and can’t wait for you guys to watch! #YOUNGROCK @sevenbucksprod @NBC

#YOUNGROCK And playing my mom @atajohnson aka Mama Rock is the talented and lovely @staceyleilua. Many of you know my moms story - cancer survivor, gone thru hell and back, incredible life and still the sweetest human being on the planet. And still goes to smack me when I cuss 😂🤦🏽‍♂️ #StrongWomen #YOUNGROCK @sevenbucksprod @NBC

#YOUNGROCK And playing the OG original Rock - my pops, Rocky “Soulman” Johnson is the charismatic @iamjosephleeanderson 💥 As you guys know my dad passed away earlier this year so this role is a special one and our first episode is dedicate to him 🙏🏾 My dad was a true trail blazer and broke color barriers all across our country in the 60s, 70s & 80s. One half of the first black tag team champions (with Tony Atlas) my pops was a bad dude in the game. I miss him. This one’s for you Rocky. #ToughLove #YOUNGROCK @sevenbucksprod @NBC

#YOUNGROCK Coming in hot and lowering the University of MIAMI BOOM 🏈💥 is @ulilatukefu! Playing at THE U - these years were some of my most defining. The highs are incredible, but the lows were critical. 275lbs of upper body violence, attitude and clearly eating too much pizza. #NationalChampions #TheU #YOUNGROCK @sevenbucksprod @NBC

#YOUNGROCK This role is a special one and HIGHLY entertaining. Playing my grandma, Lia Maivia will be the one of a kind, Ana Tuisila. Cool backstory: My grandmother, Lia Maivia was pro wrestling’s first women’s promoter. She HAD TO BE tough as nails in a male dominated, shark infested world of wrestling. She set the bar for tough business practices and also set the bar for how loving a sweet grandma could be to her only grandson - me ☺️ She was also charged by the feds for extortion, eventually deported, became homeless and lost everything in the early 90’s. Crazy life. I was blessed enough to help change that hard time scenario around and get her back on her feet. Her journey was unreal and can’t wait for you guys to watch! #StrongWomen #YOUNGROCK @sevenbucksprod @NBC

#YOUNGROCK This kid @adriangroulx is our anchor and my hero 👊🏾 He’s got the hardest job of ‘em of all playing “little Dewey” - yes, unfortunately that was the nickname my God parents gave me after the weather - as in dewdrops. Jesus. 🤦🏽‍♂️😂 At 10yrs old, I was rambunctious as all hell 😈, was already girl crazy 😜 and loved pro wrestling — especially the part when wrestlers would bleed 🩸🥴💀🤣 This kid, Adrian is my hero because I look back at this time in my life so fondly and how I viewed the world thru my 10yr old eyes. I was all these things but at the core I was a sweet little boy and a complicated little cub 🐻 who just needed guidance. Years later here we are and I did alright 🙏🏾👊🏾 This passion project is special and I’m boundless grateful to EVERYONE who is lending their talents, passion, love and mana to bring it to life. Can’t wait for you guys to watch this one! #ComplicatedCub #LittleDewey #YOUNGROCK @sevenbucksprod @NBC

Variety reports that 'Young Rock' which is slated to premiere sometime in 2021, charts Johnson's childhood from growing up in a strong and resilient family, to being surrounded by the wild characters of his professional wrestling family, to playing football at the University of Miami.

It will explore the rollercoaster that has shaped Johnson into the man he is today and the larger-than-life characters he met along the way.

The series hails from Nahnatchka Khan, who co-wrote the pilot with Jeff Chiang. Both are executive producing alongside Johnson under his Seven Bucks Productions banner.

Also among the EPs are Seven Bucks' Dany Garcia, Hiram Garcia, and Brian Gewirtz, as well as Jennifer Carreras of Khan's Fierce Baby Productions. Universal Television, where Khan is under an overall deal, will serve as the studio. Jeffrey Walker serves as producer, director and co-EP.

Johnson recently seen in 'Jumanji: The Next Level' will next star in Disney's 'Jungle Cruise.' Watch: Dwayne 'The Rock' Johnson rips off iron gates of his house after getting trapped inside due...