Did you know? ‘Shang-Chi and the Legend of the Ten Rings’ star Simu Liu used to model for stock photos

For the China-born actor, who migrated to Canada at the age of five, "Shang-Chi and the Legend of the Ten Rings" serves as a testimony that dreams come true.
FPJ Web Desk 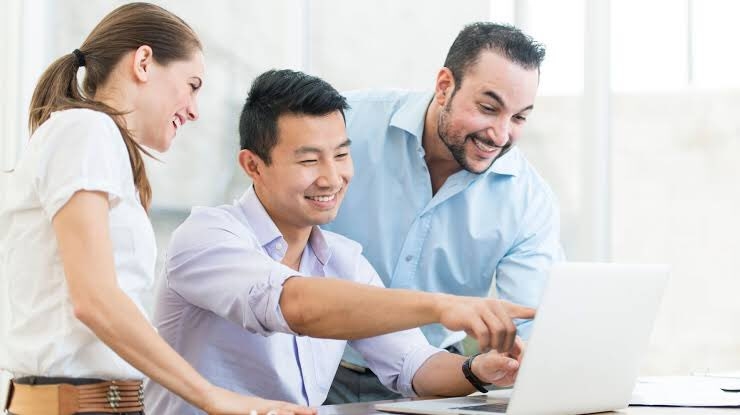 Simu is the first Asian to play lead in a Marvel film. This is Liu's first major feature film, after his work as an extra in filmmaker Guillermo del Toro's 2013 sci-fi actioner "Pacific Rim" and later his lead role in popular Canadian sitcom "Kim's Convenience".

However, not many are aware that Simu once modelled for stock photos. A Twitter user shared the image that shows the actor posing with two other people on a laptop, and another image from a conference setting.

Simu says he is aware that being the first Asian to headline a Marvel film comes with a huge responsibility but hopes that his work in "Shang-Chi" will speak to an audience that has rarely found "aspirational" representation on screen.

In an interview with PTI over Zoom call, the 32-year-old actor said, "It feels like an incredible honour, like we are giving the world something that I never had as a kid, which is the ability to see myself reflected on screen, in a meaningful, aspirational, heroic way. There is a certain responsibility that comes with that as well.

"I don't want to call it pressure, but there is a sense that this is more than just a role that you take, go to work, say lines and go home. This is a moment in culture, a moment in history and hopefully, it will be followed by many more just like it."

For the China-born actor, who migrated to Canada at the age of five, "Shang-Chi and the Legend of the Ten Rings" serves as a testimony that dreams come true, especially for those who may have struggled to see themselves represented in pop culture.

But as much as Liu tries not to take any pressure, there are days when he feels anxious about people's expectations from him.

"Sometimes it gives me a little bit of anxiety knowing that there is this kind of stuff resting on my shoulders. Other times, it feels incredibly empowering because I would have given anything to have had somebody, when I was younger, to look up to and show me what was possible.

"My hope is that it doesn't matter if you are six years old or 16 or 26... 'Shang-Chi' will be a movie that people will be able to watch and understand that anything is possible for them," he said.

Directed by Daniel Destin Cretton, the film is set after the events of "Avengers: Endgame" (2019) and follows Shang-Chi who is drawn into the clandestine Ten Rings organisation, and is forced to confront the past he thought he left behind.

Hong Kong star Tony Leung, known for his collaborations with director Wong Kar-wai in international classics such as "In the Mood for Love", "Chungking Express" and "2046", is playing Wenwu, Shang-Chi's father and the main villain in the movie.