Did Selena Gomez get the same tattoo as ex-boyfriend Justin Bieber? 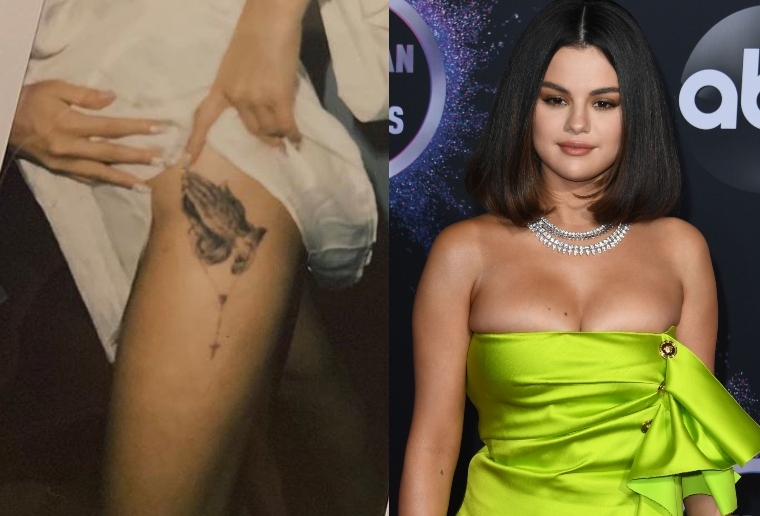 Did Selena Gomez get the same tattoo as ex-boyfriend Justin Bieber? |

Washington D.C: It was a night to remember for singer Selena Gomez who walked the red carpet for the first time since 2017. But, this year, keeping her look chic yet trendy, the singer had a surprise in store for her fans.

As seen in a collage of behind-the-scenes Polaroid snaps the singer posted to Instagram on Sunday night, the new ink depicts a pair of hands praying with a rosary wrapped around them. And while the new ink was not visible as she walked the AMAs red carpet, a fan account of the star reported the tattoo news over the weekend.

The 27-year-old singer wrote, "AMAs day.. more the come..," alongside the photos, in which she tagged the New York City-based Bang Bang Tattoo shop.

He sang her two new songs, vulnerable ballad 'Lose You to Love Me' and upbeat anthem 'Look at Her Now.' She kicked off the world television premiere of her new music wearing a turtlenecked black dress, before changing into a sparkly leotard and knee-high boots for the second track.