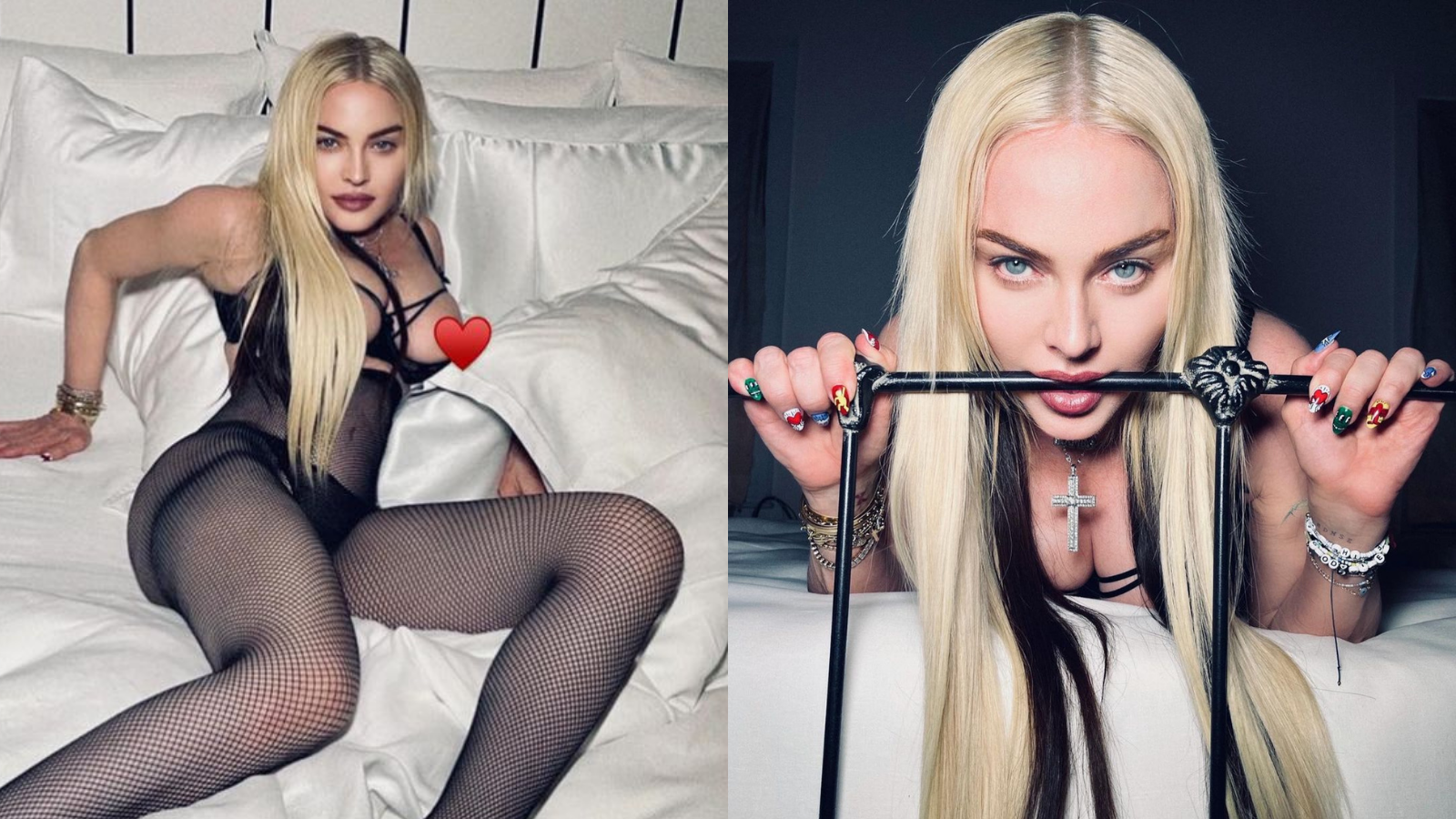 Pop star Madonna recently hit out at Instagram for taking down photographs, in which her nipple was exposed.

The singer re-posted the pictures on Instagram and slammed the photo-sharing platform for sexualising one particular part of her body.

In the photos, Madonna was seen wearing lingerie, fishnet stockings, and heels as she posed on a bed. In one of the photos, she was also spotted topless.

In the pictures where her nipples were exposed were hidden by a red heart emoticon.

"And what about a woman’s ass which is never censored anywhere. Giving thanks that I have managed to maintain my sanity through four decades of censorship…… sexism……ageism and misogyny. Perfectly timed with the lies we have been raised to believe about the pilgrims peacefully breaking bread with the Native American Indians when they landed on Plymouth Rock! God bless America 🇺🇸 ♥️❌ #artistsareheretodisturbthepeace," she added.

Moments after she re-shared the photos, her fans jumped in to support her. While some called her "queen" and 'icon", another wrote that they "totally agree" with what she mentioned.

Besides her music, the 63-year-old singer is also famous for pushing boundaries with fashion and her choices of explicit outfits over the decades.