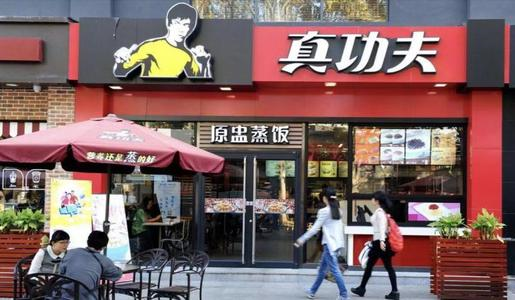 Beijing: Bruce Lee's daughter, Shannon Lee has sued a popular Chinese fast food chain Real Kungfu over its use of an image of the legendary martial artiste in its logo.

Shannon, who runs Bruce Lee Enterprises, alleges Real Kungfu has used the image in its logo without permission, reported BBC.

In the lawsuit, Shannon has asked that the chain to stop using her father's image, clarify that it has no connection to Bruce Lee for 90 consecutive days, and pay 210 million yuan in damages (USD 30 million).

Real Kungfu, the Guangzhou-based fast food chain was founded in 1990 and has around 600 outlets across China.

In a statement, the restaurant said that the local authorities approved its use of the logo.

"The Real Kungfu chain's logo is one that the company had applied for and obtained after a rigorous screening by the national trademark agency, we have already been using this for 15 years.

"We are baffled that after so many years we are now being sued, and we are currently energetically studying the case and preparing our response," the company said in a statement posted on China's Weibo platform.

Recently, Shannon also spoke out against Lee's portrayal in Quentin Tarantino's "Once Upon a Time in Hollywood", saying it had made a "mockery" of her father.