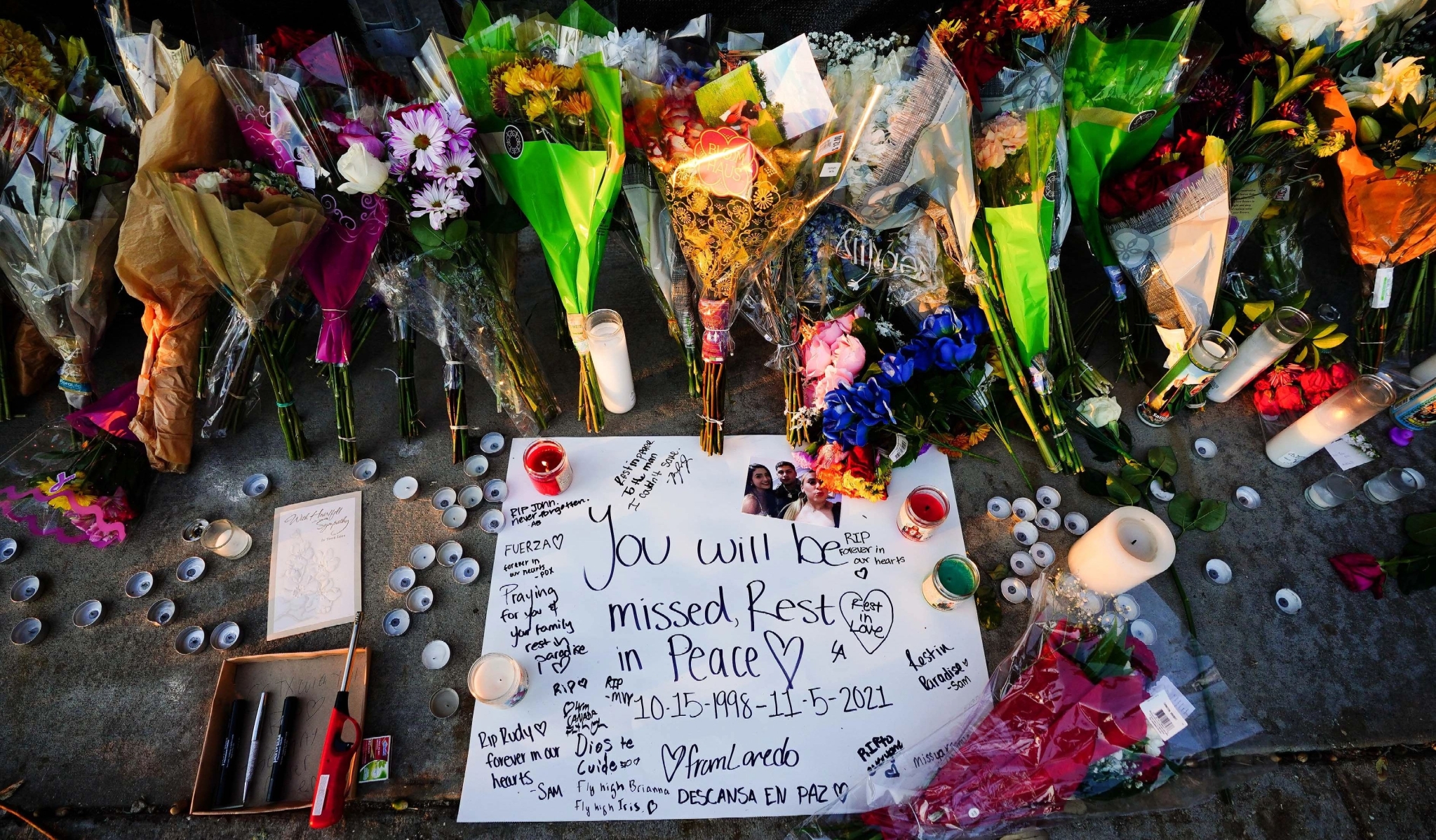 Los Angeles: A nine-year-old boy from Dallas, who had been on life support after being injured at rapper Travis Scott's Astroworld Festival, has died.

He became the 10th fatality from the melee that unfolded during Scott's performance in Houston November 5, reports variety.com.

"The Blount family tonight is grieving the incomprehensible loss of their precious young son," said Ben Crump, the attorney for the family of young Ezra Blount, in a statement Sunday night.

"This should not have been the outcome of taking their son to a concert, what should have been a joyful celebration. Ezra's death is absolutely heartbreaking. We are committed to seeking answers and justice for the Blount family. But tonight we stand in solidarity with the family, in grief, and in prayer."

Houston Mayor Sylvester Turner tweeted about Blount's death: "I am saddened to learn of Ezra's death this evening. Our city tonight prays for his mom, dad, grandparents, other family members and classmates at this time. They will need all of our support in the months and years to come."

Eight attendees were declared death in the immediate aftermath of the concert. A ninth victim, Bharti Shahani, a 22-year-old Indian-origin senior at the Texas A&M University, died on November 10 from her injuries.

The nine-year-old boy's father, Treston Blount, had talked with local media about his son attending the concert and the calamity that followed.

"He was so stoked," the father told ABC13 in Houston. He said he had had his son on his shoulders toward the back of the crowd, but got pushed forward when a surge began.

Treston said he lost consciousness in the crush, and Ezra was apparently trampled upon falling to the ground.A

After awakening and trying to find his son at medical tents, then filing a police report, the father was emailed a photo of the injured boy, and learned he was in Texas Children's Hospital on life support with damage to his lungs, kidney, heart and brain.

Crump was not the first to file suit against Scott and others over the tragedy, but he has been a prominent face of the lawsuits in the first week, saying he is filing suit on behalf of more than 200 Astroworld attendees.

Initial reports out of the festival said that more than 300 fans were treated for injuries that night.