Ariana Grande trips on stage while singing 'Bad Idea', laughs it off saying 'things were going too well'

Ariana Grande tumbled at a recent concert and then laughed it off.
FPJ Web Desk 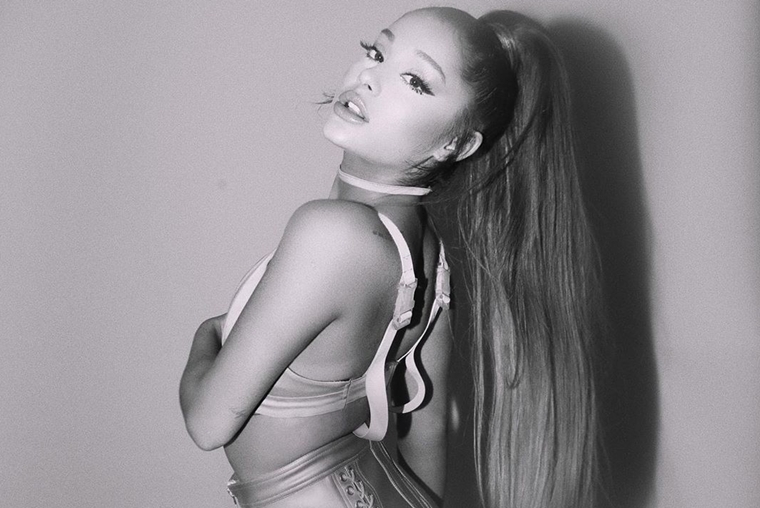 Ariana Grande trips on stage while singing 'Bad Idea', laughs it off saying 'things were going too well' |

Luckily, a backup dancer was placed at the exact same spot and the dancer managed to lift the Pop queen back onto the stage.

A fan who was present at the concert shared the video of the incident on Twitter and wrote, “SHE FELL ON BEAT I HAVE TEARS.”

Ariana Grande responded to the tweet and stated, “oh my. at least i still made the button. i’m crying. things were going too well.”

oh my. at least i still made the button. i’m crying. things were going too well. https://t.co/OuwXnTbQdo

This incident comes just after the 26-year-old singer had announced that she might cancel her tour due to serious health issues.

She had revealed that it was a bad sinus condition.

Ariana had taken to her Instagram Story on November 16 and informed the fans that, “my throat and head are still in so much pain.”

“I’m just in a lot of pain and it’s difficult to breathe during the show,” she said in a message to her fans. “I just really don’t know what’s happening with my body right now and need to figure it out.

“I’m scared that I might have to cancel some things, so this is kind just a heads up of like I don’t know what’s happening with my body, and I’m really disappointed and freaked out of why I can’t get better because it’s been over three weeks at this point,” she added.

"I woke up kind of 10 times worse and it hurts so bad to swallow," Grande explained later in an Instagram Story. "I'm not really sure what's going on. But, I, unfortunately, don't think I will be able to push through tonight." Of course, her fans were understanding, and seeing as her health is the utmost priority, Ariana is focusing on getting back to 100 per cent. Why does Ariana Grande want an ambulance on standby at Grammy 2020?