Album signed by John Lennon for his own murderer expected to sell for Rs 14.8 crore at an auction

Lennon, who was shot dead at the age of 40 on December, 1980, had signed a copy of “Double Fantasy” for Chapman, now 65, serving time in prison.
FPJ Web Desk 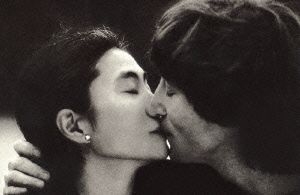 The copy of an album signed by The Beatles singer John Lennon, for his murderer David Chapman hours before assassination is all set to be auctioned for a whopping amount.

Lennon, who was shot dead at the age of 40 on December, 1980, had signed a copy of “Double Fantasy” for Chapman, now 65, serving time in prison.

Chapman shot Lennon twice in the back and twice in the shoulder. Lennon was rushed to Roosevelt Hospital, where he was pronounced dead on arrival.

According to a report by mirror.co.uk the album is expected to sell at an auction for an estimated amount of 2 million USD (Rs 14,83,25,300 approximately).

Double Fantasy is the fifth album by Lennon and former wife Yoko Ono. Following Lennon's murder it became a worldwide commercial success and went on to win a Grammy for Album of the Year.

Meanwhile, The Walt Disney Studios has acquired the worldwide distribution rights to acclaimed filmmaker Peter Jackson's previously announced Beatles documentary "Get Back", which will release in 2021.

The film will showcase the warmth, camaraderie and humour of the making of the legendary band's studio album, "Let It Be", and their final live concert as a group, the iconic rooftop performance on London's Savile Row.

"The Beatles: Get Back" will be presented by The Walt Disney Studios in association with Apple Corps Ltd. and WingNut Films Productions Ltd.

Compiled from over 55 hours of unseen footage, filmed by Michael Lindsay-Hogg in 1969, and 140 hours of mostly unheard audio recordings from the "Let It Be" album sessions, "The Beatles: Get Back" is directed by Jackson and produced by Jackson, Clare Olssen and Jonathan Clyde, with Ken Kamins and Apple Corps' Jeff Jones serving as executive producers.

"The Beatles: Get Back" features the footage of the band at work in the studio, capturing John Lennon, Paul McCartney, George Harrison and Ringo Starr as they create their now-classic songs from scratch, laughing, bantering and playing to the camera. US hospital plays The Beatles’ classic ‘Here Comes The Sun’ to boost spirits of healthcare...