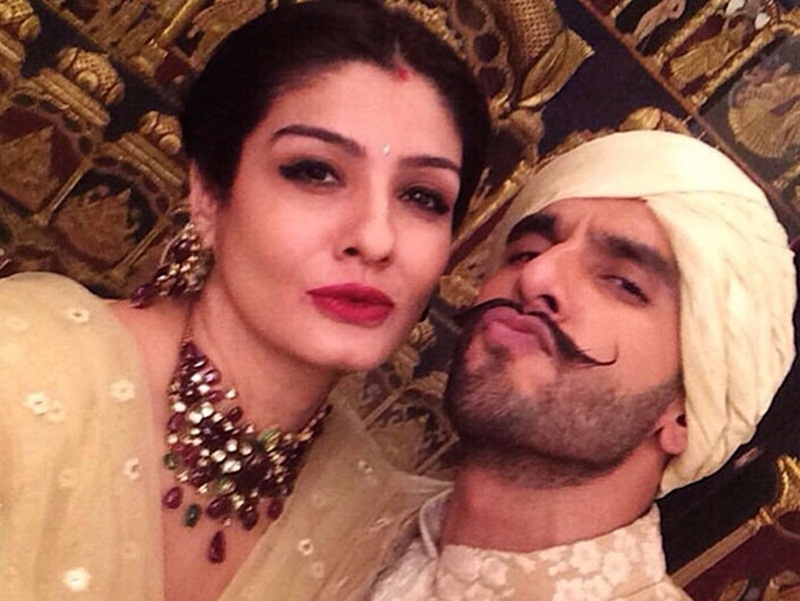 Akshay Kumar and Ranveer Singh indeed had a blast on the second episode of Karan Johar’s celebrity chat show, Koffee With Karan 6. The desi munde were seen in the mood of having a lot of fun on the show as they were being candid about their relationships, boyfriend/husband skills and much more on their personal life. Ranveer also talked about how he and his family went to the sets of Akshay and Raveena Tandon starer ‘Mohra’ and the film crew of the movie threw him out of the sets of a film during the shooting of song ‘Tip Tip Barsa Pani’.

Talking about the same Raveena opened up about the incident to Zoom TV. She said. “He’s a very very naughty boy, I must say. And in fact, it’s very sweet of him to remember but he keeps pulling my leg ‘mujhe toh set se nikal diya gaya tha’. But that was not the thing, it was very sensual song and it was a rain song and it had some very sensual moves and I myself even with my children I feel there is a right age to expose them as it was not appropriate for children to be there that time for scenes to be shot like that. I would do that to my child also. Take them to an appropriate set that is watchable for children.

Talking further about the incident, the ‘Mohra’ movie actress said, “I was feeling uncomfortable as a grown up that yeh bachcha bechara mujhe dekh raha hai doing all these sensual moves toh kya lag rha hoga. So I requested the producer, I said let the parents be there but as children, they’ll be scandalised. So that was the intention. All of you know I love kids so there’s nothing like that. I would be the last person to be rude to a child. But I always feel there are things that are age appropriate.”

Ranveer Singh will be next seen Rohit Shetty’s Simmba alongside Sara Ali Khan. He will also be seen opposite Alia Bhatt in Zoya Akhtar’s Gully Boy and has further signed up for Karan Johar’s Takht, which will feature Kareena Kapoor Khan, Alia Bhatt, Vicky Kaushal, Bhumi Pednkar, Janhvi Kapoor and Anil Kapoor.

On the other hand, Akshay will be seen alongside Rajinikanth in 2.0. The trailer of the same will be out on November 3.