Making the impossible possible, Maniesh Paul earlier hosted Krushna Abhishek on his podcast during which the actor-comedian had apologised to his uncle Govinda for the first time in decades. Now, taking the same a step forward, Maniesh was snapped with Govinda at his office for the podcast shoot.

The infamous rift between Govinda and his nephew Krushna Abhishek often makes headlines. Opening up about the same for the first time ever on a public platform, Krushna Abhishek bared his soul expressing his love for Govinda in the last episode of Maniesh Paul's podcast.

Spreading like a wildfire, the video instantly turned a rage across the internet, offering a step towards closure to the long tiff. Piquing the curiosity of the audience, Maniesh Paul was clicked with Govinda on Thursday at his office for the shoot of his podcast, leaving everyone wondering about the senior actor's response to his nephew. 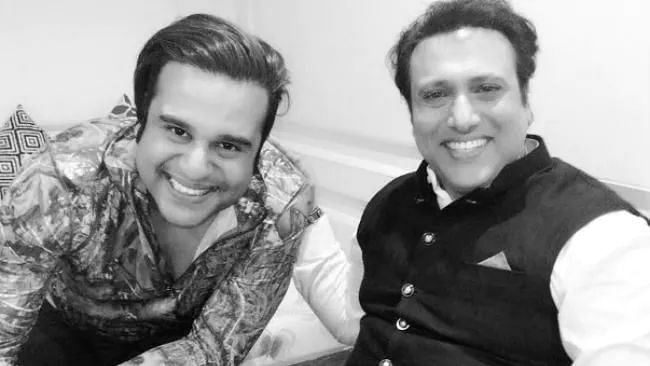 Earlier, Maniesh Paul welcomed guests like Bharti Singh, Sharad Kelkar, Elli AvrRam, Prajakta Koli, and the face behind the viral sensation Chand Baliya, amongst many others from different walks of life.

Hailed as the Sultan of Stage, Maniesh Paul has not only impressed the masses with his impeccable wit and spontaneity over the years but also emerged as one of the finest actors in India.