First look of ‘”Paranormal Activity: The Ghost Dimension…’ out 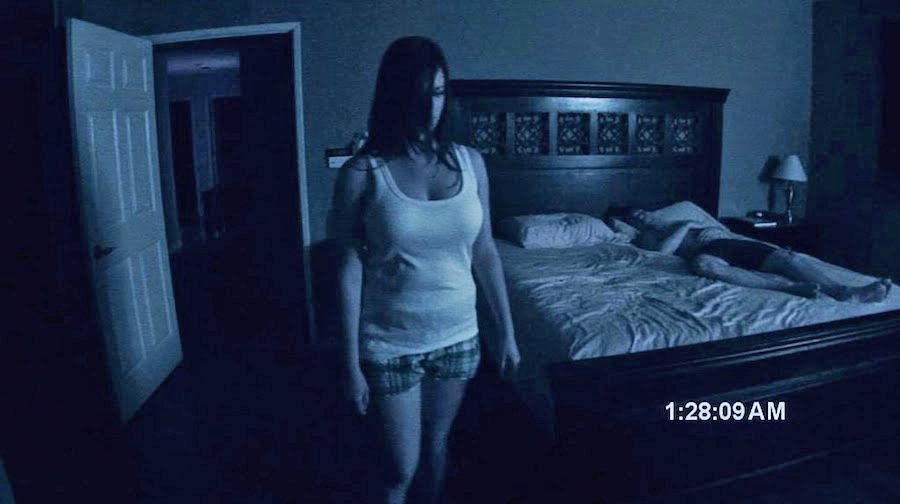 Los Angeles: Distributor Paramount Pictures has released the first image and a teaser of the upcoming horror movie “Paranormal Activity: The Ghost Dimension”.

One of the photographs delivers an idea about how to enter “the ghost dimension” as it features a portal opening in the wall of a little girl’s room.

Another photograph gives a look at the little girl named Leila played by Ivy George, whose eyes are totally blacked-out. It also features Leila in the room with her father, Ryan played by Chris J. Murray, while there is a reflection of a woman in the mirror who is presumably a ghost, reports aceshowbiz.com.

Meanwhile, the 19-second teaser features Leila facing a mirror when it suddenly cracks. She says something in unfamiliar words that turn out to be “Bloody Marry”.

The film is said to be the “final instalment” of the series which began in 2009.

“We made this movie like it’s the end of this ‘Paranormal’ line for sure,” producer Jason Blum said.

“It’s coming to an end. This is it, the finale. We’re saying it before the movie opens. We’re not going to grind this horror franchise into the ground,” he added.

The producer also hinted that this last movie would answer fans’ question about the demonic mystery in the previous instalments.

“The Ghost Dimension” follows a family who moves into a house and discovers a video camera and a box of tapes which contain the recording of paranormal activity around them.

Directed by Gregory Plotkin, the haunting movie will arrive in US theatres on October 23.