Fear of failure motivates me to work hard: Alia Bhatt 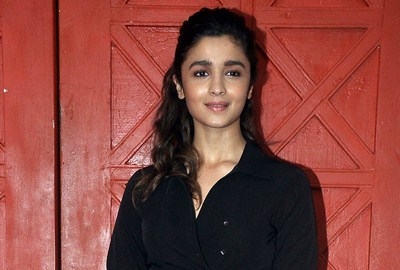 Indian Bollywood film actress Alia Bhatt poses during the launch of the 55th anniversary issue of the Femina Cover in Mumbai on November 24, 2014. AFP PHOTO |

At 22, she has turned out to be a bankable actor with films as diverse as “Highway”, “2 States” and “Humpty Sharma Ki Dulhania”. But getting the limelight at a young age has not made Alia Bhatt ignore the “fear of failure”.

The actress says the thought of losing everything makes her put extra effort.  “Fear of failure is a constant thought and I can’t say that I never think about it. Probably I always think about it, that’s why I feel like I will always work harder,” Alia told.

Nevertheless, the daughter of filmmaker Mahesh Bhatt and yesteryear actress Soni Razdan also believes that “living on the fear of future makes you miss out on the beauty of the present”. “So more than fearing it, I am just aware that this is what it is right now, but there is something called change which is the only constant and things will keep changing. I have to keep adapting, but nonetheless I have to always work hard and never fail.”

“I can’t forget the fact that hard work, dedication, respect of your fellow co-workers and the people that you interact with and, of course, the warmth and love that you give to them, is most important.” “And that is something that I will make sure of following thorughout my life,” said the young actress, who made her Bollywood debut in 2012 with Karan Johar’s “Student of the Year” alongside Sidharth Malhotra and Varun Dhawan.

From playing a glamorous student in “Student of The Year”, a kidnapped rich girl in “Highway” and an IIM pass-out in “2 States” or an excited bride-to-be in “Humpty Sharma Ki Dulhania”, Alia is now ready to give competition to other actresses with Shahid Kapoor starrer “Shaandaar”. Directed by Vikas Bahl, the film is releasing on October 22.

Alia says “Shaandaar” has been a completely different experience. “I feel like ‘Shaandaar’ is one step into a mad world which I have never been a part of. What set this film apart is the quirky, mad kind of space, which I really like. It has quirky, interesting and a beautiful looking vibe to it, but at the same time the emotions are real,” said Alia.  It’s not just acting that Alia has got expertise in. She has shown her singing prowess too in Varun Dhawan starrer “Humpty Sharma Ki Dulhania”.

Asked when is she going to sing next, Alia said: “It will happen probably in my films only. I think I will stick to singing for my films only for now.”