‘I’ve enjoyed your success a hundredfold more than my 33-year-long career,’ he writes
Anita Raheja-Heena Agarwal 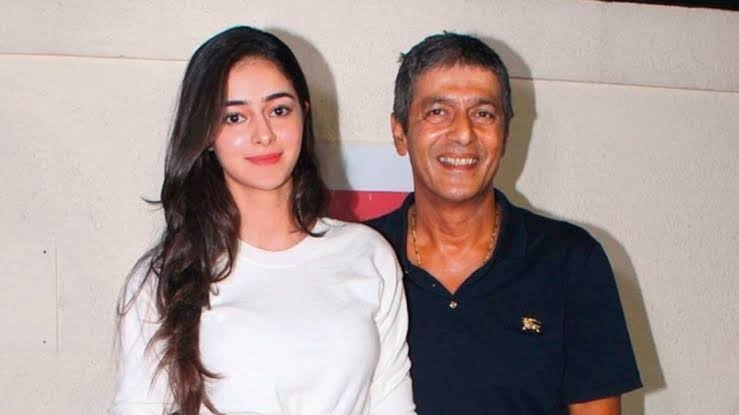 They say a picture speaks a thousand words. And whenever actor Chunky Panday puts up a family photo on social media, it indeed speaks a lot about the kind of relationship he shares with his daughters, actor Ananya Panday and Raisa. The throwback photos from his daughters' childhood days are aww-inducing and so are the ones where the doting dad can be seen smothering his lovely ladies with hugs. In his three-decade long career the actor has entertained the audience with varied performances onscreen. And, now, is using social media to give a glimpse into his personal life. On Father's Day, the actor writes a heart-warming letter to his daughter Ananya — from her Le Bal debut to her entry in Bollywood... Chunky Panday takes a walk down memory lane.

Where should I begin?

Let me begin from the time you received an invitation to attend the Le Bal. Your mom and I were convinced a very close family friend of ours was playing a prank on us. It was a great honour for your mom and I. A whole new world was opening up for you.

When you were a child you wanted to be an astronaut, a neurosurgeon, a veterinary doctor albeit for dogs only. Being an actor was never on the list, but at 14 you began giving subtle hints that you wanted to be one. Now when I look back, at birthday parties you were the first to start dancing to Hindi film songs. You were good at studies, but I had an inkling that you may pursue an acting career. I would dismiss the thought and think you will become a doctor. My brother and I didn’t follow our parents’ footsteps and become doctors. I guess the desire to follow your parents’ profession skips a generation, but not in your case. 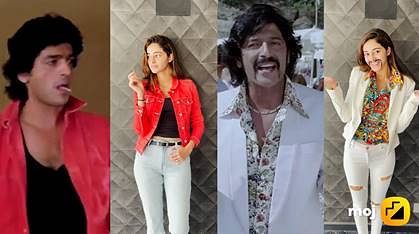 When my mother would wake you up she would quip, 'Dr Ananya Panday your patients are waiting for you.’

But we didn’t dissuade you from going to Anupam Kher's school, An Actor Prepares. When you auditioned for Student Of the Year 2, your mom and I were under duress. We had to take a call: ‘Student of the Year 2 as an actor or a student abroad for real?’ But we left the decision to you because I felt you were an adult and it was your call.

I recall you told me that even if 'I study in USA for 4 years, I will come back and pursue a career in movies.' I was aware that you are a huge fan of the Student of the Year franchise and absolutely in love with Alia [Bhatt] and Varun [Dhawan]. How I Met My Wife: Chunky Panday gets candid about how he met and fell in love with his wife, Bhavna

As far as trolling on social media goes Ananya, if you live by the sword, you are going to die by the sword. Sometimes they will hit you below the belt and even be vicious at times, but they are faceless people. Take it on your chin.

My happiest moment was when your first film released and you were accepted by the audience. To survive in Bollywood, you need a thumbs up from the audience. I am happy you have a cute fan base called the Aanians. I've enjoyed your success a hundredfold more than my 33-year-long career. Just like your grandfather felt when he was attending heart surgeons' conference and was introduced on stage as the eminent heart surgeon from Mumbai and actor Chunky Panday’s father!

As an actor you have surprised me with every performance of yours — be it Student of the Year 2, Patni, Pati Aur Woh and Khaali Peeli. My little girl has grown up. 'Ananya, I will have a lot of fun if we work together,' says Chunky Panday
Advertisement

Both Raisa and you are mama’s girls; you’ll don’t confide in me at all. I call you ‘Where is mama’ because the first thing you ask when you come home is: Where is mama? She is the queen bee for you, thank God for that because I would be a mess if I had to take charge.

I will let you on a secret. I played the good cop and your mom played the good and the bad cop. She [Bhavna] has been a great mother, disciplining you’ll when needed. I think your mom has raised you girls the way she was raised.

I am sure you will give me brownie points for being friends with your school friends, work friends and even your boyfriend. I get along with them and I hope they get along with me. If I have not advised you on your breakups or relationship issues it’s because I expect a grown-up girl, you are 22 now, to have the wherewithal to deal with it. 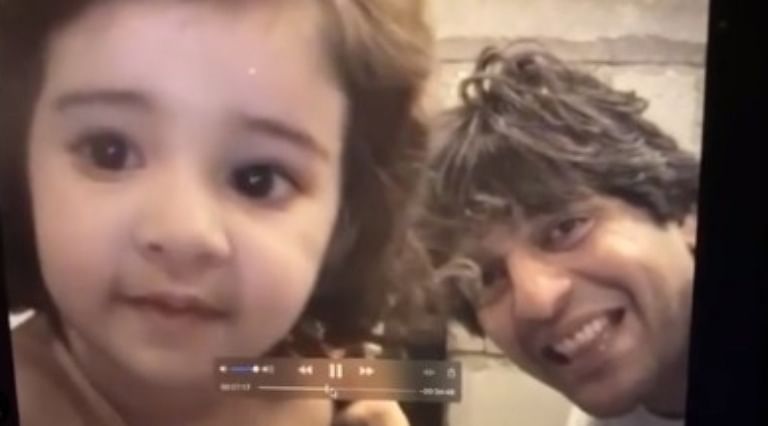 When you were a baby, I could just hold and cuddle you, smother you with kisses. But now that you are a big girl you will have none of it. Just kidding! So, I hug Raisa and you as often as I can, but you move away embarrassed by my show of affection. I make peace by calling you by different names of endearment. When I shop for you on my trips abroad, it’s to demonstrate my love for you. Not that you like my choices very much (laughs)!

Ananya, I must admit, you are funnier than me. Sometimes, both of us start laughing before anyone else catches onto the joke. You have a whacky sense of humour just like me.

At the beginning of this letter, I was pondering where shall I begin. Now I don’t want to end the letter. Ananya, I want you and Raisa to inherit the world.

As told to Heena Agarwal and Anita Raheja