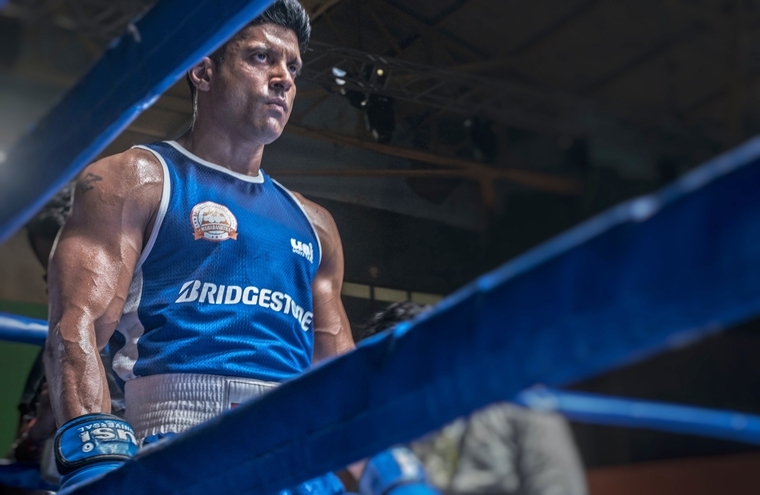 In rare instance, OTT platform giant Amazon Prime Video has released data, revealing its highest streaming projects within their launch-weeks so far in this year.

Actor Farhan Akhtar's "Toofaan" is on top position as the most-watched video within the first week of its release globally.

According to the date released by the OTT platform, the Rakeysh Omprakash Mehra's directorial was watched by more customers on Prime Video India than any other Hindi Film in its opening week. The film was viewed in over 3,900+ towns and cities in India and in 160+ countries and territories across the globe. 'Toofan was one of the most difficult films I've worked on': Farhan Akhtar's fitness coach Samir...

Besides this, in the local languages catagory, films "Narappa" (Telugu), "Sarpatta Parambarai" (Tamil) and "Malik" (Malayalam), were each watched in over 3,200+ towns and cities in India and in over 150+ countries and territories globally.

In the catagory of web shows, Adarsh Gourav's "Hostel Daze (S2)" emerged as one of the most loved shows amongst young adults within just a week of its launch, with viewership from 3,600+ towns and cities in India and from over 100+ countries and territories around the world.

The data comes to light as Amazon marked July 26 and July 27 as Prime Days. Prime Day 2021 saw the most Small and Medium Businesses (SMBs) selling on Amazon.in ever, as they saw an overwhelming response from Prime members.