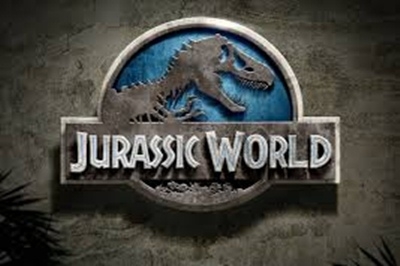 London : Paleontologists have branded the new ‘Jurassic World’ flick a “dumb monster movie” for failing to
include the latest discoveries about dinosaurs, mainly that the creatures were covered in fluffy – and possibly colourful – feathers.

When Jurassic Park, the first of four such films, came out in 1993, it won scientific praise for depicting dinosaurs
such as Tyrannosaurus rex in line with the latest research. However, fossil studies in recent years have proved that
the fierce creatures – including the Tyrannosaurus rex and velociraptors – had fluffy and possibly even brightly-coloured feathers.

Showing the animals with smooth or scaly skin is misleading the public, the researchers said. “The Jurassic Park franchise started out as being ‘science-based’, with the look of its dinosaurs reflecting the science of the time,” said Darren Naish, a paleontologist at Southampton University.

“The original film showed dinosaurs that were not simply roaring, scaly monsters, but were active, social, bird-like animals with dynamic bodies. “Now, Jurassic World is simply a dumb monster movie, and there has been a deliberate effort to make its animals look different from the way we think they should.

“Predatory dinosaurs like the ‘velociraptors’ of the movie were fully feathered in reality, pterosaurs were furry but seem to be naked and shiny in the film, and the film mososaur [a marine predator] reflects reconstructions of the late 1800s,” Naish was quoted as saying by ‘The Sunday Times’.

Professor Julia Clarke, a paleontologist at the University of Texas at Austin said such films should invoke the best possible science. “It means yet another generation of children will have these scaly, aggressive, extinct lizards in mind and miss the really important story: dinosaurs are alive today as birds,” Clarke said.

Colin Trevorrow, Jurassic World’s director, said the film was not meant to be a documentary. “It is very inaccurate – it’s a sci-fi movie,” he said. Jurassic World, which releases on June 12, focuses on a theme park whose owners genetically engineer a new predator, larger than Tyrannosaurus rex, to boost visitor numbers.