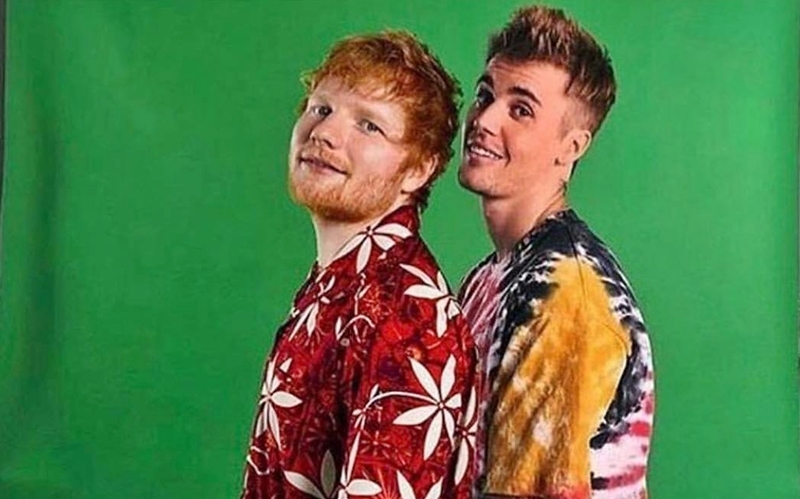 Washington D.C.: It’s official! Singers Ed Sheeran and Justin Bieber have joined forces for a new single ‘I Dont’ Care’, which will drop this Friday. Nearly four years after last collaborating on the hit track ‘Love Yourself’, the duo announced on Tuesday night that Sheeran’s new single will feature Bieber.

Putting all the rumours to rest, Sheeran announced the news in an Instagram post and wrote, “My track with Justin Bieber ‘I Don’t Care’ comes out this Friday at 5am bst, pre-add/pre-save link in bio x.”

My track with @justinbieber ‘I Don’t Care’ comes out this Friday at 5am bst, pre-add/pre-save link in bio x

Bieber also shared the same post and wrote, “Pre save now.” There were speculations about the two collaborating since late last month as the artists continued to tease their fans.

After Bieber tweeted a special message saying “big fan” to Sheeran on April 25, both the singers started sharing cryptic posts and photos on their social media accounts on Apri 30 with the number “10” written in their captions, dropping a hint that something special is releasing soon.

Bieber shared two side-by-side pictures on his social media handles that depicted him and Sheeran standing separately in front of a green screen while doing the same pose of looking over their shoulder at the camera with a smirk.

On the other hand, Sheeran combined the two photos for an Instagram post with the perfectly descriptive caption, “10. Photoshop spoon.”

On Friday, Bieber and Sheeran posted a poll on their Instagram stories asking their followers, “Do you want new music?” The three answer options given were, “Yes,” “No,” and “Idc [I don’t care].” Teasing his fans, Bieber also wrote “7???” on his Twitter handle on Friday and on Saturday, he tweeted, “6.” Bieber continued to drop hints on Monday morning as he posted a video of Sheeran sharing a clip of a song. The video showed what was soon revealed to be the song’s title. Shortly after, Sheeran posted a few of the lyrics on his Instagram account.

Eagle-eyed fans, who were long speculating a collaboration between the two, were correct in assuming that all signs pointed to a new song. The cryptic posts stirred plenty of fan theories floating around on social media including one that the option of “Idc” in Bieber and She eran’s Instagram polls could be the title of their new song being ‘I Don’t Care’.

Although Bieber hasn’t released an album since 2015’s ‘Purpose’, he recently made his return to the stage during Ariana Grande’s Coachella performance on April 21. Bieber joined her on stage and sang his hit track ‘Sorry’.

“It was a big deal for Justin. He hasn’t performed in a long time. He was very excited though and felt even better after. He loved reconnecting with his fans,” a friend of the singer’s previously told People.

Bieber’s friend went on say that although the 25-year-old singer has been candid about his mental health struggles, he is “slowly getting back to feeling normal.” While performing ‘Sorry’ at the Coachella music festival Bieber had dropped a hint about a new album coming soon.

He told the crowd, “I haven’t been on stage in like two years. I came out here [and] I had no idea I was going to be on stage tonight. So anyways, this is my first time on stage in two years. I had to get my groove back, my swag back, by the way, Album coming soon.” Sheeran’s latest album titled ‘Divide’ had released in 2017.