‘Don't intimidate the audience with your acting’: Advice Kalki Koechlin received through her filmy journey

Actor says from being asked to dye her hair black to tone down her acting and not overwhelm the audience, she has received some of the strangest pieces of advice

Mumbai: Actor Kalki Koechlin says from being asked to dye her hair black to tone down her acting and not overwhelm the audience, she has received some of the strangest pieces of advice in her career spanning a decade.

Koechlin made her Hindi film debut with Anurag Kashyap's "Dev D" in 2009 and emerged as one of the brightest talents of her generation with acclaimed performances in films like "Shaitaan", "Margarita, With A Straw", "Waiting" and "Gully Boy".

In an interview with PTI over Zoom, the 36-year-old actor said she doesn't let others decide her course of work and picks up stories she relates with. "People have advised me strange things. Like 'dye your hair black, do an item number, don't intimidate the audience with your acting'. It's not like I don't want to do commercial films, I'd love to do a romantic-comedy, a fun film. It's a mixture of what comes my way and what I want to do. I then pick something which I can relate to in some way, do a good job and justice to a role," she said.

The actor said she has gone through several highs and lows in her career, which have often left her feeling insecure. Koechlin said she has been in the film industry long enough to understand that neither success nor failure is permanent.

"I do feel insecure. There are times when I feel 'Oh I wish I could get more opportunities in certain types of roles.' But I've been in the industry long enough to continue to do my work, even when there have been those highs and lows. There are times when three of your films release in one year and then there's no work for a year at all. Then I have to write my own stuff, do a play. I've had enough experience in life to know that the ups and downs keep coming. You have to keep doing your thing," she added.

Koechlin features in Shivan's short, titled, "Love Panna Uttranum", which chronicles the story of a political leader's daughter, who falls in love with someone outside her caste. It also stars Anjali and Padam Kumar.

The actor said though the stories are set in the backdrop of honour killing, she was fascinated by the approach Shivan took to present the story on-screen. "I expected something serious but found myself laughing in the middle of the narration. I realised it's such a unique way to interpret something like this, without trivialising it."

Koechlin said the film, because of its highly entertaining treatment, will "disarm" the audience. "It puts you in a place where you don't expect things to suddenly turn, but they do. I really liked that about the script, how it could go from happy to sad and sad to happy within a second," she added. 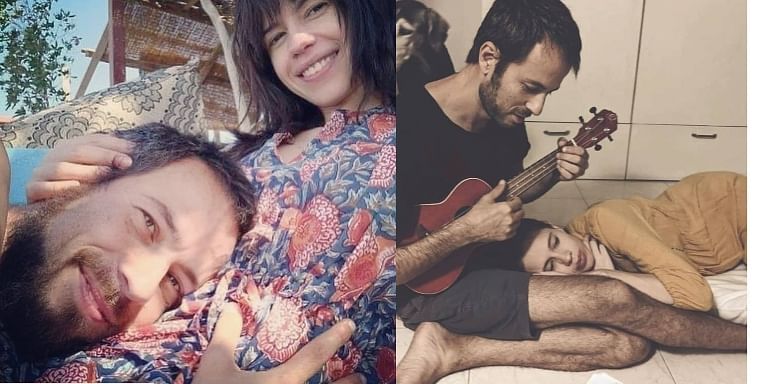 'Conversation that lasted us several years of togetherness and a baby': Kalki Koechlin on how she...